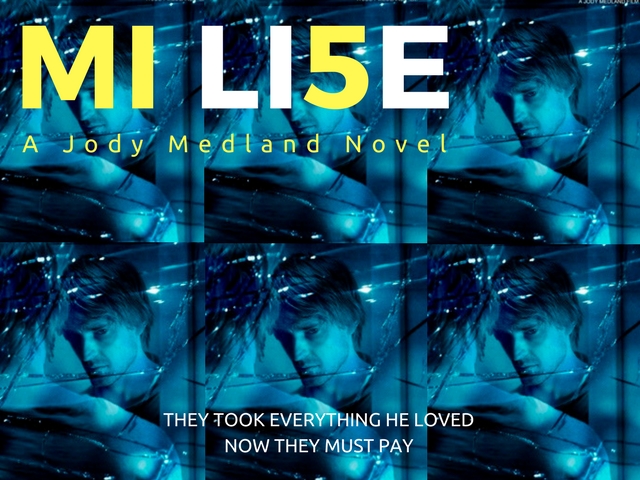 Thank you so much for visiting this page. I wasn’t sure if anybody would, so you’re already something of a hero in my eyes.

My name’s Jody Medland, and for those who don’t know me, I moonlight as both a writer and a talent agent. My first official novel was The Moors, which was released in 2015, but just before that, I wrote an action / thriller, titled MI LI5E.

The reason I never released MI LI5E was because the more I learnt about publishing, the more I believe this book wasn’t commercial enough to reach its intended audience. For starters, the title is pretty unorthodox, and rule 1 at publishing school is to avoid ambiguity at all costs. There’s also a belief among today’s top publishers that readers don’t enjoy books where the timeline of the story flips between past and present, which was red flag number two.

The fact I “couldn’t” publish this book when it was written hurt a lot because it’s one of the most enjoyable projects I’ve worked on. Put simply, I think if you like your Jack Reachers and your Jason Bournes, you’ll love this book. So I’ve decided to put it to the test.

Every week, I’ll publish a new chapter right here as a PDF. I can see exactly how many downloads it gets, and I’ve also added a comments box below because I’d love to hear your thoughts. If, by the end of the book, there are enough readers and enough positive comments, I’ll release this into the world as a paperback. If, however, there aren’t, then I’ll know I made the right decision all those years ago.

NOTE: For your convenience, you don’t need to donwload every chapter individually. Instead, whatever file you download includes every chapter up until that point.

They took everything he loved.
Now they must pay.

The next chapter will be posted on Monday 4th June.

If you enjoy the book, please share it with your friends.