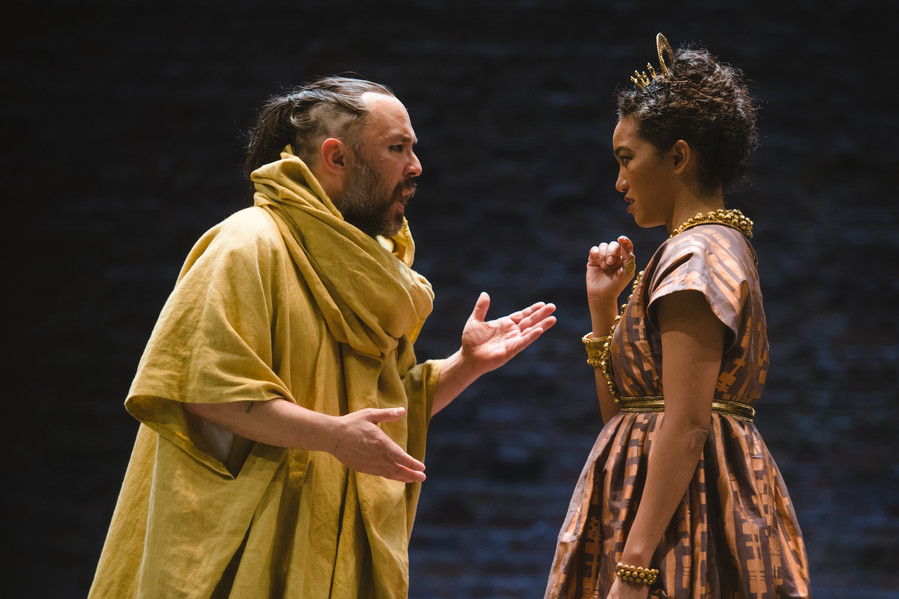 An interview on Diversity with Daniel York Loh

A MIXED-RACE ACTOR WITH A WILL TO EMBRACE HIS HERITAGE

As part of our diversity campaign #theBAMEgame, we interviewed experienced actor Daniel York Loh – a mixed-race actor, writer, filmmaker and musician, with roots from both England and Asia. We recently caught up with him to discuss his views on diversity within the arts, and to try and understand the challenges of being a British creative with a strong connection to Singapore.

What first sparked your interest in the arts?

When I was younger, I was paying guitar in a punk-rock group and one day in a seaside town, I met a girl who was involved in drama and she invited me to her play. I found it really mesmerising, and I caught the acting bug from there.

What was the heritage of your main role models growing up?

They were practically all white. The only Chinese person that was really spoken about in the Western world was Bruce Lee, so I of course became a fan, mainly because it offered some proof that a Chinese actor could succeed.

Looking back, do you feel that the lack of role models sharing your background was a problem?

Unquestionably. And if successful Chinese actors were hard to find, it was even tougher to find someone who was half Chinese. I was actually doing well at college and booking a number of parts, but I specifically remember a moment when I was playing the narrator on Blood Brothers and I heard the director say, “That Chinese lad does a good accent.” Even though it was meant as a compliment, I suddenly realised there’d be a problem because nobody viewed me as fully white or fully Chinese.

Do you feel there’s an acute lack of diversity in our profession?

I feel that the gap is starting to close. Firstly, there are a whole new wave of creatives of colour coming through, which is great to see. Also, the mindset of white middle-class people is definitely different with the modern generation, much more open and diverse. So should the day come these guys become decision makers, things could get very interesting. It is, however, clear to me that many Casting Directors still fall back on their default options.

What are the main challenges you come up against as an actor?

Being mixed-race is a huge problem. It got to the stage where I told my agent I no longer wanted to go to auditions because I kept getting told I’m “not Chinese enough” because people are so fixated on what their vision of Chinese is, or certainly what it can be. There’s a view that you can’t be authentically East Asian if you don’t look like the guy in their local takeaway. It’s deeply inaccurate, and to accept it would mean boxing myself out of my own heritage, so it can be soul destroying at times.

Do you feel a responsibility to address these problems with your own work?

Yes, no doubt about it. You’ve already touched upon the lack of East Asian creatives there are to aspire to. There was an actress who once said, “If you’re not typecast, you’re not working.” I agree with this entirely, so imagine what it’s like trying to get work when there’s no real stereotype or archetypal role for somebody like you.

Do you ever doubt publicly addressing these issues through fear of suffering further discrimination?

This was definitely a thing until a few years ago. But when I’d gone almost half a decade without landing a suitable job, something clicked inside of me and I became much more outspoken. I’m just not sure a submissive attitude wins the day.

You recently made a short film titled Finding Akira, which tackles the subject of utter cultural ignorance during a casting. It’s excellent, and what is a very serious topic is disguised with some first-rate comedy. Was this a conscious decision?

People get very defensive on the subject of whether they’re casting diversely. Also, an audience doesn’t want to be lectured. I’m not naïve, and I know the subject of race can make fools of us all if we’re heard saying the wrong thing at the wrong time, so comedy felt like the right way to go. Also, having been through countless auditions, I have to say I find them inherently comical, so the film really just lent itself to the genre.

What are your main frustrations with the world of casting?

People who know me well often compare me to Paddy Considine and Stephen Graham, which I think is a fairly astute summary of my acting style. But there’s no way I can label myself this way because the moment somebody sees me, they see my dual heritage. So I feel decisions are made that rule me out of roles before I’ve even had the chance to showcase my ability.

What can we expect to see from you next?

I’ve written a play titled Forgotten, which is about to go on a run in Plymouth, and will then be playing at the Arcola Theatre between 23rd October – 17th November this year.

Where can we stay posted on your projects?

I’m a fairly active Tweeter, so by all means follow me on there.

What do you feel about the term “BAME”?

I have no strong feelings either way. There’ll never be a term that satisfies everyone. When people say they want to be seen as “just an actor/writer/director” though rather than an Asian actor/writer/director, I don’t know if I agree with that. My view is that we should all be embracing our heritage, and I’d actually feel guilty if I ignored it in my work.

We’d very much like to thank Daniel for his time, as well as his willingness to openly discuss his views on a challenging but hugely important topic. Fingers crossed, we’ll be collaborating with him again in the near future!