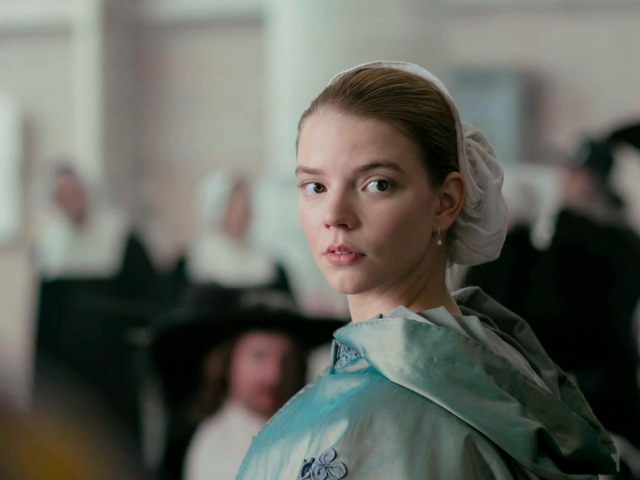 The Miniaturist: How the BBC butchered a modern classic

And the fundamental flaws of quickfire adaptations

Having read Jessie Burton’s unique and refreshing tale earlier in 2017, news that the BBC had chosen it as one of their annual Christmas adaptations stirred a strong mixture of nervousness and excitement within me. Excitement because if the adaptation was successful, we were all in for a real television treat, but nervousness because I couldn’t help but feel the production was being rushed.

News that Anya-Taylor Joy had been cast as Nella Oortman filled me with genuine hope as she continues to emerge as an actress of true quality, and so I settled down on Boxing Day with millions of curious viewers all over the UK.

Within moments of Nella entering the house, it soon became clear that this adaptation had opted for style over substance as Marin appeared in the hallway. We all know how capable an actress Romala Garai is, but she simply looked and felt too young for what is such a pivotal role. And actor Alex Hassell was not only too young, but I would also argue too handsome, to play the charming but weathered role of Johannes.

The immediate disconnect I felt from two of the most important characters would always be difficult to recover from, and I never quite bought into the haunted pasts of the dysfunctional siblings.

As the scenes came and went, I was left impressed by the costumes and set designs, but completely underwhelmed by the lack of emotional impact I felt towards any of the characters. Being that the book’s greatest strength comes through evoking emotions through each and every person you meet, I wondered what had gone so wrong with the adaptation. Finally, I believe I have some form of answer.

To stand a chance of adapting a novel like The Miniaturist well, it either needed to be made up of six one-hour episodes, or the adaptation itself had to be incredibly brave. What a writer should never have been asked (or commissioned) to do was to write an adaptation that followed the linear structure of the book with just two and a half hours of screen time. Why? Because it’s an impossible task, so the writer could never do justice to how the audience are expected to feel at key points of the story.

In other words, the greatest blame needs to be placed at the hands of whoever set the brief, or the commissioning editor who genuinely felt this could be done. It’s certainly not just the BBC who get this wrong. We’ve seen it before with the big-money adaptations such as The Golden Compass where the film looked great, the acting was solid, yet we were left wondering where on earth the magic had vanished from Philip Pullman’s wonderful book Northern Lights.

As a writer and filmmaker myself, I never like to openly criticise projects because I know how much work goes into them. However, when I took to social media to ask what my friends made of the The Miniaturist, the unanimous disappointment was obvious. One comment that really stood out was a friend who labelled it “a complete waste of tax-payers’ money.” It’s this comment that led me to think about the issue on a deeper level, and that also became my motivation for writing this blog.

The problem is, for the BBC to have commissioned The Miniaturist for a 150-minute show, they either didn’t know it was an impossible task, or they knew it but didn’t necessarily care – and I don’t know which scenario is more concerning.

As an author, I can imagine the thrill Jessie Burton would have felt for her book to be selected for the Christmas calendar. However, whether or not she would admit it, I can’t imagine a world where she watched the adaptation and felt truly satisfied. The cynics among you may say that she probably felt better when she looked in her bank account, and of course the BBC’s involvement naturally leads to a handsome spikes in book sales and other such perks, but I can’t help but feel that the BBC’s goal should have been to create a product that would stand the test of time, and they fell well short of that.

Seriously, other than those who missed the show at Christmas, who will realistically be hunting this down in the future? Who will be keen to give it a second watch? Not many. So given the deserved success of the book itself, can we really accept the tepid reaction of the adaptation, given that it is funded by tax payers, and also that future decisions made under this system could harm the long-term potential of other classic books? Can we accept that the shelf-life of this project was literally “just for Christmas”?

I look to an adaptation such as The Crucible and see a film that will be as strong in fifty years as it was when it was made. These filmmakers understood that you can make a three-hour adaptation of a play without cutting out majorly significant sequences, but novels have to be respected. The art of writing has to be respected. And in the case of The Miniaturist, it wasn’t.

If the BBC were serious about adapting the title, why did it have to be for Christmas? Why couldn’t it have been a longer running programme booked for 2018 that created extended working opportunities for writers, producers, directors and actors in the UK? If it was chosen on a whim because it was the shiniest new book of 2017, then the selection process simply isn’t good enough.

For me, the greatest disappointment of all was the complete lack of suspense and mystery we felt towards the miniaturist herself. She is the title character, and in the book, Jessie Burton had our hearts pounding every time Nella received a package; our brains were tangled in mystery to the point that we never quite knew if we were reading a drama, a thriller or a supernatural tale. The miniaturist’s agenda was so well shrouded that we – along with Nella – craved to know what she had planned. The only thing we knew for certain was that we were filled with suspense. So where was any of this in the adaptation?

As a passionate lover of the arts, I always try to be as constructive as possible. So let me know if you agree with me. Or likewise, if you have an opposing view, please send it to jody@penworksmedia.co.uk.