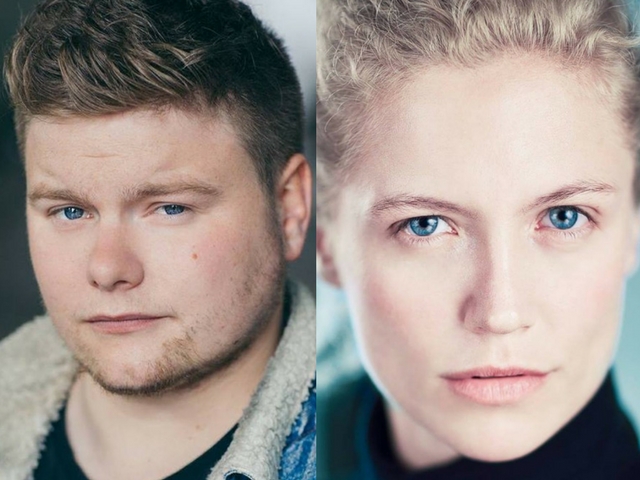 Fighting the corner for all working class actors

For those of you who don’t currently have Actor Awareness on your radar, myself, Tom Stocks and Stephanie Silver all braved the cold last weekend to slurp on some glorious lattes and talk about how the company was formed, how they’re progressing, and what they’ve got up their sleeve for 2018.

Where did the idea of Actor Awareness come from?

Tom: It actually started as a hashtag to help bring awareness to the challenges working class actors face, but when an article in The Stage was quite derogatory in saying we’d never become anything more than that hashtag, I was quite determined to turn it into something bigger.

So what was your plan for expansion?

Tom: It took a little while to formulate. I had a little rant to Spotlight about a few frustrations I had and they were good enough to call me in and ask what I wanted to do about it. I suggested putting on some live performances to open up opportunities for actors, and they agreed to support us, so that was a start. I ran Actor Awareness for a year but it was becoming harder and harder to do it alone. There were quite a few people who offered to help but didn’t pull through, so when Steph replied to a facebook post saying she’d write a blog for my event, I didn’t expect much.

Steph: But then I came to the rescue!

So is writing a bit of a passion for you?

Steph: Yes. I’m definitely an actress first, but I write whenever I can and so it does seem I get to do it more consistently than acting, so it became an obvious skill for me to offer Tom at the beginning.

Actor Awareness has many elements to it, including film nights, workshops, and perhaps most recognisably, your “scratch nights.” How do they work?

Tom: Whenever we can, we announce a topical theme through which writers can submit original plays around 10-15 minutes in length.

Steph: Then I read them, and I always try to give creative notes on all entries, which I’m not sure many other people do. We then choose a handful of the plays and cast them when needed. There seems to be quite a lot of schemes out there for young actors, so we try to focus on casting people aged 25 and over, but that’s not a strict rule.

Tom: We also post castings on our social media channels to ensure they’re open to everybody. Sometimes the writer already knows what actors they want. Other times, we audition the parts. The nice thing is we’re able to pay equity minimum rates to those who participate because we believe the talent should always get paid when working.

Tom: We try to be diverse, because people don’t want to sit through four mini-plays about the exact same topic, so of course the quality of the material is key, but we’re also mindful of keeping scratch nights fresh.

Steph: We try to choose scripts with a unique voice, and if we can find plays that steer clear of stereotypes, that’s better for the actors.

Many of these plays have gone on to be developed on the industry circuit. How does this happen?

Steph: Well the scratch nights themselves are always quite fun, and run to a very high standard. We love collaborating and always encourage people to seek advice and guidance from us before and after we show their play because if we can help, we will. We naturally have quite good contacts with a number of venues, so there are often ways we can help develop plays with the writers.

And your film nights work in much the same way?

Tom: Pretty much, yeah. And the details can always be found on our website.

Speaking of films, you also added an award-winning documentary to your list of epic wins in 2017. How do you feel about that?

Tom: Working class actors are definitely a step behind, so of course it’s great for this film to be out there and getting recognition. I just hope it helps to change things.

And Steph, your play Our Big Love Story will be at The Hope Theatre between 20th March – 7th April 2018. Are you excited for that?

Steph: Absolutely! I love The Hope Theatre and workshopping the play with such great actors has already been a real pleasure, so I can’t wait for the run to begin.

Is there a long-term plan for Actor Awareness, and if so, what is it?

Tom: Eventually, I’d love us to become a rep company where we can take untrained actors, educate them, and get them involved in full working productions.

Steph: I’d have to agree. If we could pull that off, it would be pretty special.

We’d like to thank Tom and Steph for blessing us with their time and we recommend you check the links below to stay updated with their work. Also, the guys have just announced the theme for their first scratch night of 2018, so all you writers better check out their social feeds and get stuck in . . . like now.