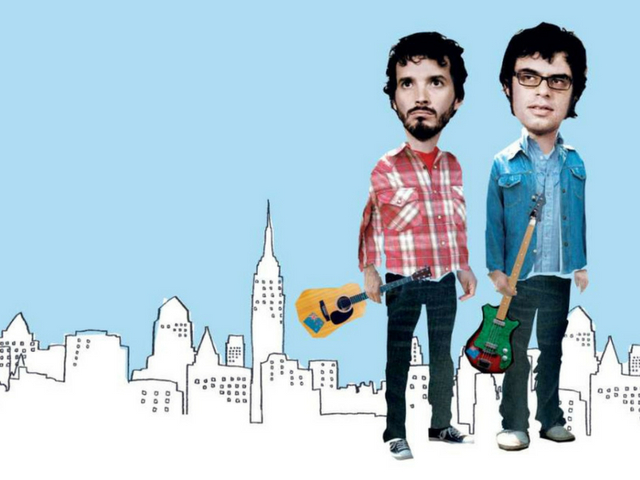 Flight of the Conchords

Being that I’ve always been a huge fan of Flight of the Conchords, I was as upset as anyone to hear that the chances of a third season were slim.

It was several years ago that I wrote the initial FOTC spec. I did it partly because I had every intention of working with HBO in the future, so every spec I have that covers their projects, I feel, is a useful tool. It certainly can’t hurt.

My secondary reason for writing this was driven by a naive belief that it would eventually land in the laps of Bret and Jemaine, who would be so inspired by the quality of the script that they’d have no choice but to allow the Conchords to continue.

Well, never say never. But the reality is, the script has been gathering dust in the depths of my laptop for some time now, and when I read back through it recently, I felt it wasn’t half bad. So I’m putting it “out there” to allow other Conchords fans a chance to fill the void.

A very talented singer/songwriter of mine is currently reading through the script, too, and if he comes up with any suitably quirky songs that would work within the story, I’ll upload the links for you to give it an extra level of authenticity.

In the meantime, I sincerely hope you enjoy the episode, and I’d love to hear any feedback in the comments section below.

Series Three, Episode One | Return of the Conchords | Download PDF