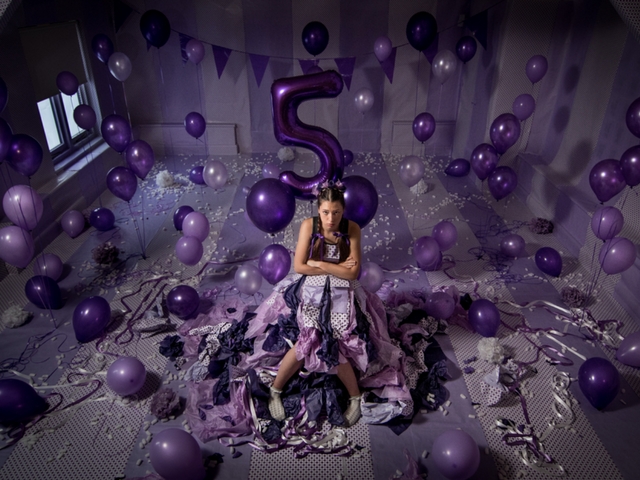 Why we signed a project that deals with rape

In the middle of December, Jody Medland held a meeting with Elisa Iannacone on the understanding he would listen to details of her latest project. However, he prefaced the meeting by saying the small team here at PWM were so busy, it was unlikely we’d be able to help. The rest is history.

PWM: So you walked into the first meeting confident you couldn’t sign another title?

Jody: That’s right. I met up with Elisa because we’ve known each other for nearly ten years. I love her as a person and I respect her work immensely, so for me, it was going to be more of a catch-up than anything else. I knew she was seeking a publisher, but we were so flat out that the logistics of taking something else on felt nearly impossible.

Ha! Quite a lot. Firstly, I was mortified to hear that my friend had been through such physical and emotional pain. Nobody likes to hear that, so it rocked me. Then she shared the work she’d done, the photos she’d taken, the stories she’d discovered from a selection of other rape survivors. When you see a talented creative bleed and shine at the same time, it’s very stirring. I couldn’t help but be reminded of our own mission statement: to create original work that challenges and alters people’s perceptions of the world. If this project didn’t fit that brief, then nothing we make ever will.

When did you know you were going to publish the book?

The third image Elisa showed me was of a naked woman sitting in a cage, surrounded by lions. At that moment I realised I was thinking, Okay, this is our first picture book, it’s our first hardback, it needs to be turned around in 2-3 months, how are we gonna make that happen? And that was it, I was already in production mode, so I knew it was no longer a question of, “should we do it,” it was a matter of, “how.”

What was the thinking behind the release date?

Elisa had shown remarkable drive to secure the space for an art exhibition at the OXO Tower Bargehouse Gallery between 8th–11th March. She’s a savvy girl and the 8th is International Women’s Day. The thought of not having the book at such an event was too unbearable to me, so we took that as our “must have” date, and actually went one step further and chose World Day of Social Justice on 20th February as our “soft launch” date.

And you pulled that off?

We did. We received the hardbacks yesterday, which was the 16th February, so the turnaround time was crazy, but we’ve done it. I couldn’t be prouder of everybody involved. I refer to Prima Patel, Rebecca Souster, Michael Pengelly, Elisa herself, and also the two hundred or so people she went on to thank in the acknowledgment section of the book. And I haven’t mis-spoken. That’s how many people it has taken to pull this project together. The list reads more like the closing credits of a movie, and that’s a sign of the accomplishment here.

In hindsight, how do you feel about your decision to publish Spiral?

It feels bitter-sweet. To me, the project has always felt a little fated, like it was supposed to land in our lap. And I feel very good about being able to get this done in time, because I don’t know many other publishers who would have even tried. But I must admit I do feel an element of sadness that we didn’t have another year to market the book before its launch, because the project deserves to reach people all over the world. As a publisher, you always want to do justice to the author and get their work the coverage it deserves, so I hope we get it, despite the lack of time we’ve had. One thing I do know is we couldn’t have done any more.

Do you have any plans for the book after its release?

Well with most books, you rarely get the chance to generate the same heat around a title as you do in the first week/month of its release. But as the exhibition itself has the potential to travel the world, I’m keen to see what we can do to help secure a tour, and also take the book with it. We’re also discussing the idea of creating a 60-90 minute documentary that explores whether art really can help deal with rape. I think the participants of the book represent an interesting case study for how that’s possible, so we’re keen to talk to producers, production companies and broadcasters about a potential expansion project.

Were you at all hesitant to tackle the topic of rape?

Not for a second. I really believe publishers have a responsibility to create work that provokes discussions in society. What this book makes abundantly clear is that sexual abuse is happening now, in our families, to our friends, to men, women and children, everywhere. Make no mistake about it. So do we ignore this and keep our horrendous truths a secret, or do we say enough is enough? I believe the mixture of sadness and determination Elisa’s book evokes within its readers has the power to change people’s views, and therefore, the world. And that’s why we had to publish.

The Spiral of Containment: Rape’s Aftermath is released this Tuesday, so get hold of your copy and help spread the word. If you pre-order the book and attend the exhibition, be sure to click the “collection” option to save on postage.