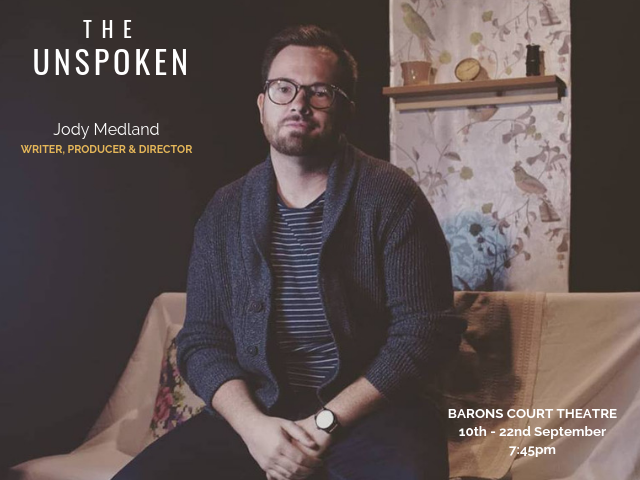 A playwright’s guide to surviving your first play

It’s 2:45am on Sunday 16th September, and my maiden play has completed its first week at Barons Court Theatre. As tired as I am, I’m unable to sleep due to the many different feelings and emotions racing through my mind: fatigue, pride, accomplishment, excitement, worry – too many to mention, almost too many to mention.

To any writer considering working on their first play, do it. It’s a wonderful education, and one that rivals any course you could take. Probably for a fraction of the cost, too.

To any writer not thinking about working on a play, I recommend you do it anyway. This is now a piece of advice I’ll swear by until the day I die, because the experience is almost guaranteed to make you a fundamentally better writer.

When you’re at school, nobody ever teaches you how lucky you are to be able to sit in a room for hours on end with the aim of being creative. Then when you leave school, get a job, start a family, and do all the other things adults are supposed to do, finding such time to just sit down with like-minded creatives is like gold dust.

After nearly twenty years of slaving away on editing manuscripts – a rewarding, but lonely process – and spending years at a time trying to get film and TV projects off the ground, putting on my first play has been a real throwback. The joy of meeting my actors to workshop the script in the knowledge we’d be performing to a live audience – and that nothing could stop this happening – was truly liberating.

My passion for plays didn’t always exist. In fact, it’s only a couple of years old, making me a relative baby in playwrighting years. Suddenly though, I have an insatiable desire to make up for lost time and talks are ongoing about a number of new theatre projects that will take me into 2019.

As always, I like to share my experiences in the hope it will help other writers, so if you’re considering treading the proverbial boards of the stage, here are my top five tips for how to survive your first play. 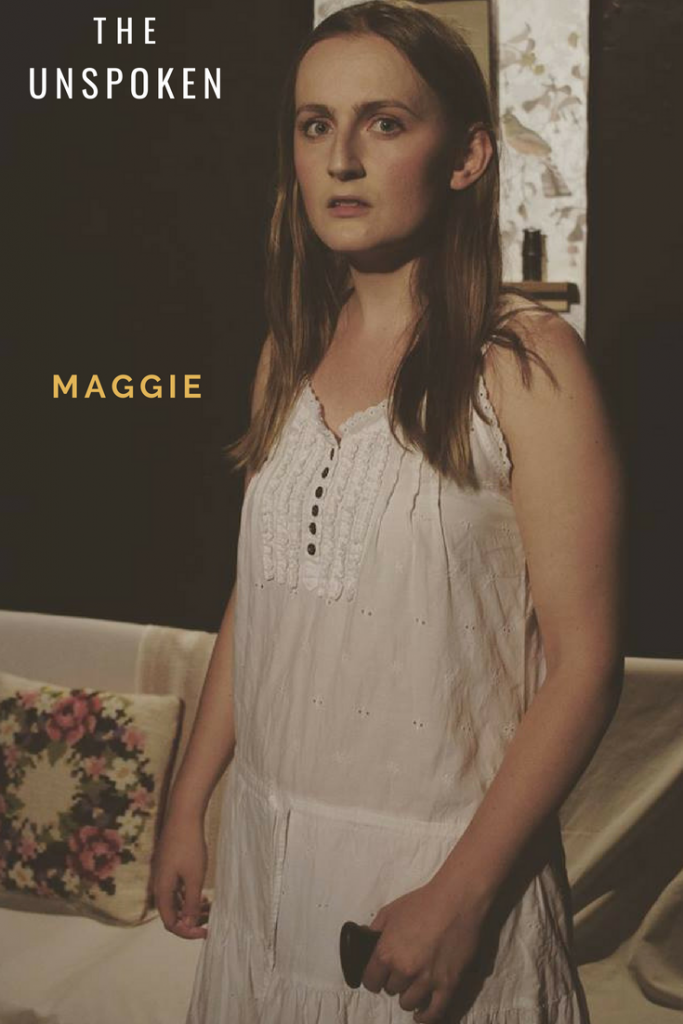 It could be that you’re the Mozart of plays and your first piece goes on to become the stuff of legend. More than likely, though, you’re a pretty solid writer with a lot to learn about the disciplines of theatre. So focus on a topic that interests you, and keep your story contained to one location, use no more than three or four actors, and focus on creating one memorable act that you’re really proud of.

In the age of the millenial, One Act Plays are potentially the future, so if you focus on doing something short, but doing it well, it’s likely to be a more useful tool in terms of helping build your reputation.

Why focus on a One Act play? Because until you master the art of telling a strong story in one act, I believe trying to engage people throughout a two or three act story will prove a step too far. Remember, the masters of theatre spent several years learning their craft, so view this as a stepping stone rather than an end point. I can assure you that sitting through your own play with a live audience will teach you countless lessons that will develop you as a writer.

2. Find a venue that adds to the script

For a play to really work, it needs to feel at home where it’s being staged. My play The Unspoken is quite a suffocating story about a blind girl who’s being held captive by her manipulative father. Had I have tried performing this on a large, open stage, or in a theatre with 100+ seats, the impact would almost certainly be lost.

Those who frequent Barons Court Theatre will know that its underground cave-like setting lends itself perfectly to immersing the audience in the story. There’s no escape for them, and with a mixture of distressing and otherworldly scenes, this all adds to the audiences’ experience, making it the perfect venue for us.

If you’re not yet too clued up on your nearby theatres (and I wasn’t a year ago) simply start doing your research by going to them, watching shows, and talking to the venue managers and/or artistic directors of the theatres you like. This will put you in a strong position moving forward, and may even add some inspiration to your work. 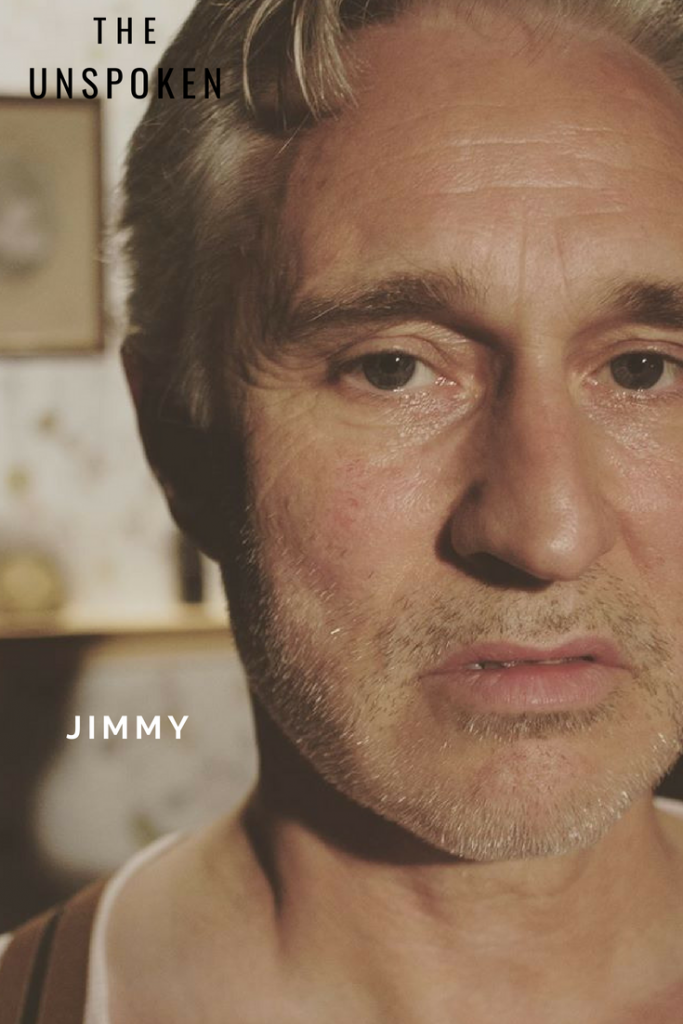 In the two decades I’ve worked in the arts, I’ve established strong connections with writers, producers, directors, actors, set designers, prop makers, editors, camera operators, music composers – pretty much everyone you can think of . . . except technicians and stage managers.

I think this is because their reality is different to most other creatives for the simple fact they’re nearly always working, so it’s pretty rare to encounter them socially. What’s more, good technicians are booked months in advance, so the sooner you can assign a tech to your show, the better.

I very much like to have creative discussions with my techs where possible, so I always ensure I meet them with plenty of ideas on how the sound and lighting could work, but I love it when they have creative ideas of their own. After all, they’re the experts, so the more input they’re encouraged to give, the better.

If you get really stuck with this, it’s worth getting in touch with theatre schools such as RADA to see if they have technicians in training who are prepared to work on your project as part of their course. In fact, this could be a great way to establish a relationship with somebody before they become an extraordinary success, and that relationship may one day be worth its weight in gold.

4. Strike while the iron’s hot

Never will you have a better chance of getting people interested in yourself – or your work – than when you can offer them tickets to something you’ve made. Therefore, it’s important you:

a) Make a targeted shortlist of guests
b) Inform them of your performance date/s as soon as possible
c) Send well-timed gentle reminders to ensure they don’t forget
d) Be sure of who’s coming each night so you can say a few words in person
e) Follow up with a sincere thank you note, because they were very kind to give you their time

If this sounds like a lot of work, it’s because it is. But in many ways, it’s the most important part of what you’re trying to do, as there’s no point putting on something noteworthy if the right people don’t get to see it.

A doctor would almost certainly tell you how important it is to rest during your performances. But this is theatre, darling! Rest probably won’t come until long after your play is over, so make peace with that now, or understand that you probably won’t be maximising your small window of opportunity. 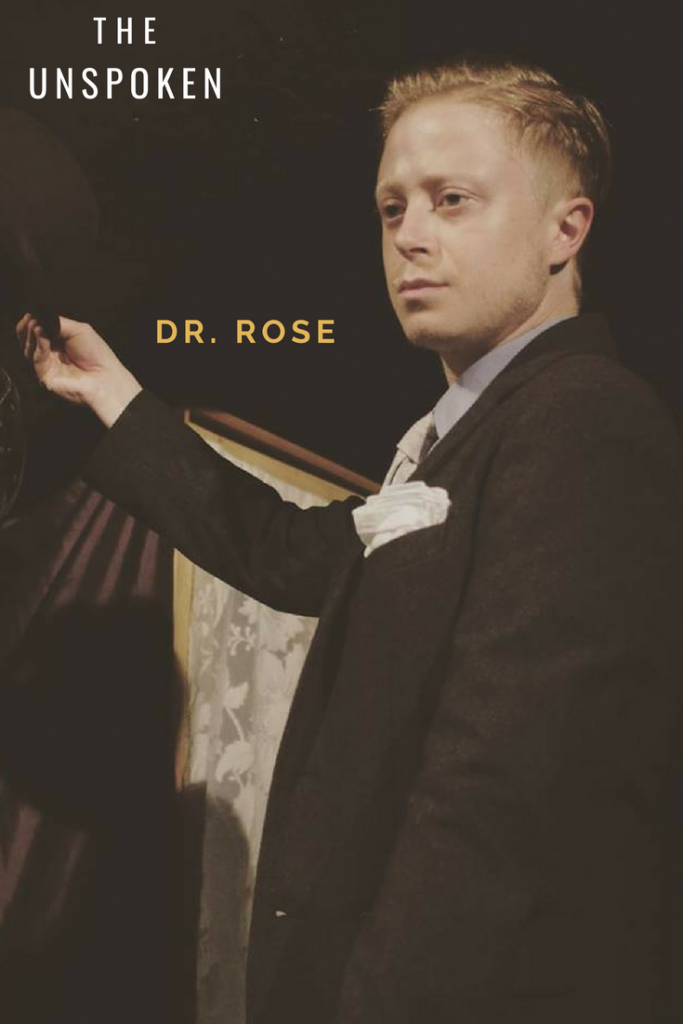 5. Remain calm when it comes to reviews

The simple fact is, shows live or die by their reviews. It’s a harsh reality, and inviting top-end reviewers to your show is a double-edged sword, because you’re welcoming the very people who might prevent your work from flourishing, so it can all be a little nerve-wrecking for you and your performers.

What’s even harder is the fact that all views are subjective, so unless you’ve made the next Hamilton, your reviews will be pretty widely varied.

My show tackles the challenging subject of domestic violence and abuse, so I knew from the offset that opinions would be widely split. On the first two nights, guests left the theatre feeling pretty sombre and, as such, the reviews fell pretty flat. Some of the more scathing reviews labelled me a misogynist, and a person who glorified and justified supreme violence.

The fact is, none of these comments could be further from the truth. I detest violence. I very much view women as equals. The script has been workshopped with two strong feminist actesses, and performed by another actress who is a uniquely strong woman. Another member of our cast is a genuine pacifist. None of these people would have worked with me if the story wasn’t strong enough to carry the violence. There are countless layers of complexity there, but I accept that some people will never see beyond the abuse that appears on stage.

Even with tough skin, it can be pretty tough to ride through this. But as a creative on any level, you cannot let subjective views make you question your own creative merits. If you do, you’re putting yourself in a very unhealthy position. So force yourself to remember why you felt so passionate about the project in the first place, and stick to your guns.

On nights three and four, the audiences that came to The Unspoken found the nuggets of comedy that exist within our show, and suddenly a wave of praise followed with a wave of the general public and industry reviewers giving us four and five star reviews.

My advice is to ask your actors not to read reviews until the end of the run. But you, as the driving force of the show, need to read them to pull out the relevant bits for your ongoing publicity. So keep a level head, don’t let the reviews affect your mood, and always thank the reviewers for their time and dedication. It’s only fair, regardless of what they write, because there still may be a day that the contact proves useful for you. Besides, you’re only going to take the best snippets from each review, anyway.

It’s now coming up to 3:30am, and I have seven more performances to get through from tomorrow, so I guess I’d better wrap this up!

If you found the article useful, please feel free to share it, and let me know if you have any comments. And if you fancy a creative chat, come and see me either before or after the play at Barons Court Theatre any time before September 22nd.

Thanks for reading, and keep that original writing coming!

Book Your Ticket
Buy the Book 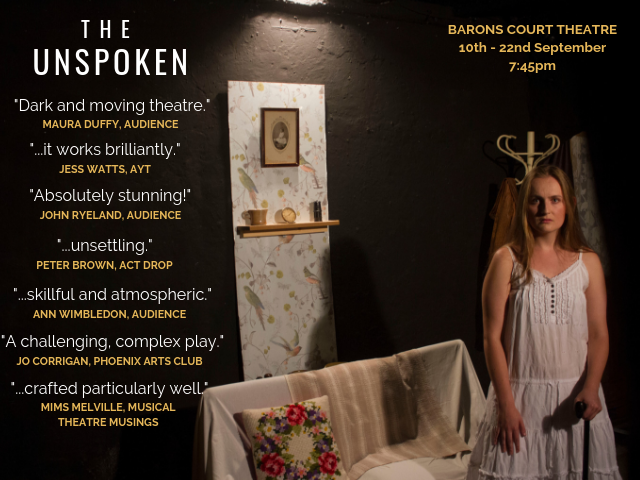