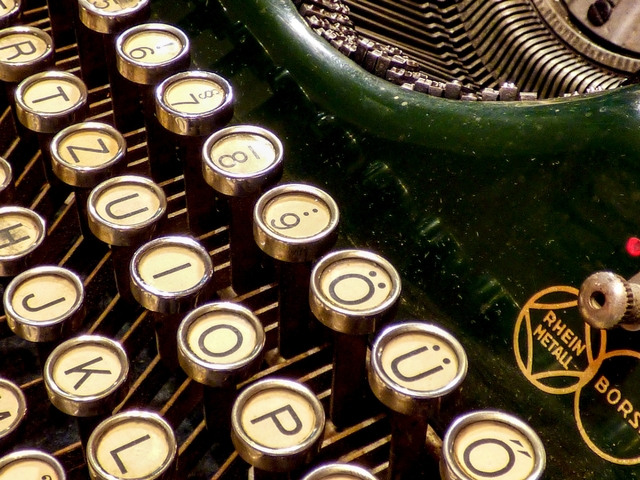 The use of “correct English” in creative works

A general musing by Jody Medland

The argument over whether punctuation and grammar could, and should, be enforced in scripts and literary works is an interesting one, and my personal viewpoint has shifted somewhat over the years.

When looking at the history of English, it appears that the Victorian’s were the true enforcers of how language should be used, and social ousting’s would be handed to anyone who dared to use contractions, or begin sentences with conjunctions (connecting words like and, but, if, etc), or leave prepositions hanging. So these traits, which were perfectly acceptable before the Victorian era, soon become associated with characters who were either vulgar or deeply uneducated.

However, at the end of World War II, when people most needed to feel good about themselves again, a popular marketing strategy was to break up sentences to make them more snappy and appealing. And guess what? It worked. Suddenly, large concepts could be summed up quickly in a way the mind could easily digest, and short passages of cleverly constructed copy tapped into people’s dreams and aspirations to boost sales. Rightly or wrongly, the landscape of acceptable language shifted once again.

Having studied English Language and English Literature, and having worked extensively in various marketing departments as a copywriter, I’ve met many writers with vastly different skills. I’ve witnessed many gifted creatives buckle under the rules and regulations of higher education English, and I’ve worked with post-grad English specialists who became shivering wrecks when they realised they just didn’t have the ability to write short copy. I find both scenarios equally fascinating, as it proves that there’s no real right or wrong way to write. After all, the success of a writer will always be determined by the responses of their fans and critics.

One of the toughest things about “becoming a writer” is finding out what type of writer you’re going to be, because it can be many years before you find your own unique voice. I’m not even sure how much say each writer has in the matter, for it seems to be something that manifests itself due to a combination of things: innate desire, natural talent, learned ability, circumstantial surroundings, and goodness knows what other sub-conscious wonders happen that we’re never fully aware of.

I think that every writer worth their salt – whether they’re a screenwriter or not – should make a point of reading screenplays. Why? Because the best written scripts are incredibly refreshing in their simplicity, and “writing simply” is something that’s much harder than it sounds.

It’s true that screenplays by their very nature act more like blueprints than anything else. But the point is, a great screenwriter is able to strip back everything the reader doesn’t need to know, making their work much easier to read. It’s this ability that makes it so easy to separate an amateur from a pro within just a few pages, as an amateur’s script will be bloated with needless detail.

I’m going to take this exploration one step further.

Like many fans of modern TV, I have The Wire firmly lodged within my top 5 shows; it’s probably even in the top 3. The difference in dialogue between each character is pretty extreme, and it’s also one of the only shows in history that needed to have a glossary printed in the back of each episode. Now, if as a writer you only played by the rules and used “acceptable English,” this could never happen. The result? Your project loses authenticity.

For me, the true beauty of language is that it’s malleable. Sure, there are certain uses that irk me a little, but there’s something about hearing words used in new colourful ways that is – in itself – quite poetic, so to try and remove this possibility goes against what makes language so universally beautiful.

Very recently, a few friends of mine were heavily criticising the misuse of “me and my friend” instead of “my friend and I,” but to me – as an author, publisher, editor, and even as a human being – the correct use is always the one that best suits the context of the situation, and this is where I believe the answer lies.

Should you use “correct English” when writing creatively?

If you’re writing an essay or a white paper, you’d probably want to stick with the Victorians as it’s what your readers would expect. But if you’re writing a creative story, opt for the language that best fits the world of your characters, or risk losing authenticity and, therefore, the trust of your audience.

I believe the best writers in the world always know who their audience is before they write, and this is what allows them to make the best decisions throughout the entire creative process.

Dickens was able to write so beautifully about both poor and working class characters because he’d lived in those classes before becoming such a success, as was Arthur Miller, along with any number of your favourite writers. What a shame it would have been had their expression been dumbed down by the use of “correctness” in their prose. In fact, maybe they’d never have reached such heights without the bravery to stay true to what they knew.