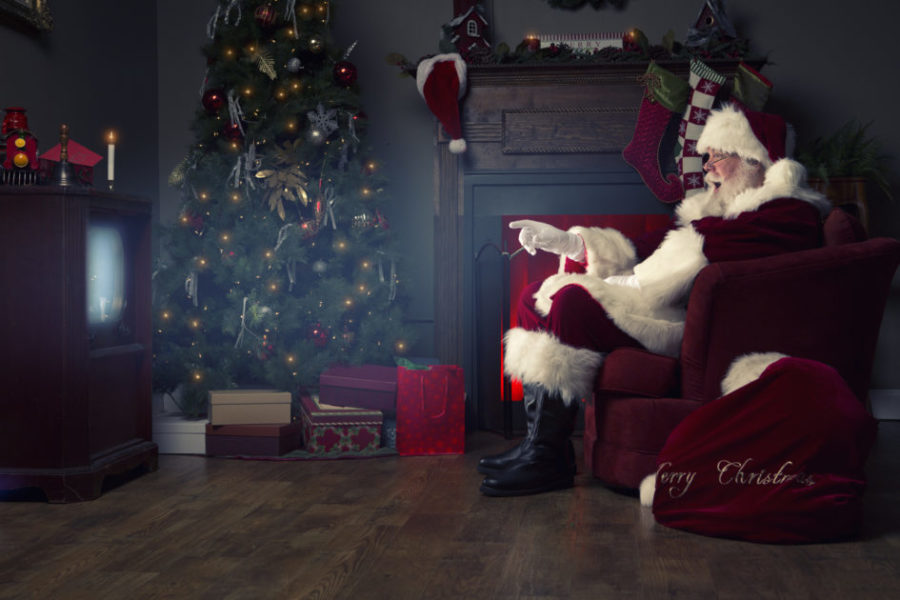 One of the greatest Christmas traditions is to over indulge on the host of great films and TV shows that fill the festive airways between late December and New Year. It feels like only yesterday I was trawling through the Radio Times with my highlighter praying I had enough space on my digibox to get through to January. While the shows are still available I thought I’d have my say on what’s hot and what’s not, for anyone who’s listening.

Counting down, my top 5 picks are as follows:

Last year I arrived crazily late to the Daft Punk appreciation society. This year I was drawn in by BBC’s documentary, which looks back at the history of Fleetwood Mac. For me, they’ve always been a band that I’ve known at a distance, but now I know more about the make-ups and the break-ups of the band, the meaning of each song has been elevated to such a level that I’ve now plastered them all over my i-pod. Although I was slightly disappointed not to see more behind-the-scenes footage, it was still a solid watch. Enough to make a fan out of me, at least.

Such is the consistency of the show’s quality that it’s become a real staple of the TV calendar at Christmas, and this year was no different. Always guaranteed to provide 2-hours of laughter, along with a memory reel of the most bizarre incidents of the year, immaculately hosted by funnyman Jimmy Carr.

Although not a Christmas show as such, the fact that Netflix chose to release it on Boxing Day loosely qualifies it as “Christmas TV” – and what a gift it is. In essence, it’s a series about a stalker who becomes obsessed with a girl who visits his bookstore, but there’s so much more to it than that. With shades of Dexter, Maniac, and Bates Motel, it makes a statement about the dangers of social media whilst still managing to be pretty funny, a little creepy, and… oddly romantic? Very addictive, and definitely worth a gamble.

2. Charles Dickens and the Invention of Christmas, BBC iPlayer

In my humble opinion, it’s Dickens and not Shakespeare who has always been the flagship writer from England’s illustrious history, but although his masterpiece A Christmas Carol is largely regarded as one of the greatest Christmas stories of all-time, I didn’t realise it was the actual reason we celebrate Christmas the way we do today. This documentary gives a fascinating insight into the landscape of England at the time of the book’s release, and the impact it has made ever since.

NOTE: Dan Stevens stars in a Netflix original, aptly titled The Man Who Invented Christmas, also worth a watch if the subject reels you in!

Treat yourself and your family to a trip to your nearest cinema for a real throwback to how they used to make ’em. Emily Blunt is flawless as the title character, Hamilton‘s Lin-Manuel Miranda is the perfect sidekick, and fun performances from the like of Colin Firth and Dick van Dyke make this the perfect way to see out Christmas.

As with every year, there are of course some shows that don’t quite hit the mark. For me, this year’s selection includes:

I like the moodiness, and the dramatic use of slow-motion, and part of me wants to applaud the bravery of casting somebody as ill-suited to the role of Poirot as John Malkovich, but for me, it just doesn’t quite work. I don’t understand the inconsistency of Malkovich’s Belgian accent because he’s normally so obsessive about his performace, and the chemistry between the actors doesn’t quite land, all of which distracts from the show.

The sentiment of wanting to bring this classic to a new generation clearly comes from a good place, and the cast list reads like a who’s who of phenomenal British actors, but the impact was somewhat let down by the limitations of the animation. It’s difficult to criticise something that I have no skill in, especially when it’s clear there would have been countless man-hours invovled in creating the series, but I felt hugely detatched from the turmoil of the lead characters, which makes me question why the BBC didn’t simply run with the shocking and unforgettable original.

The Story of Bohemian Rhapsody, Channel 4

I believe that Queen are the greatest band of all-time, so I naturally have a love/hate relationship with documentaries about them. Even those who aren’t fans of Queen struggle to contest that Bohemian Rhapsody is possibly the greatest song ever recorded, so to see a documentary that really deep-dives into the creation of this track, and includes various interviews from band members, industry leaders, and even literary masterminds, deserves recognition.

Did you also love these shows? Or did I miss any Christmas crackers that you truly adored? If so, have your say in the comments box below.