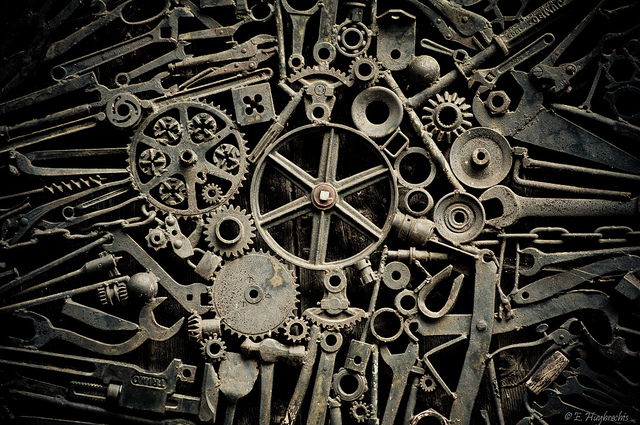 7 steps to writing a great scene

What to ask yourself when looking back at your work

Whether you’re writing books, plays, musicals or screenplays, it’s vital that you master the fundamentals of a scene. I mean, that does without saying, right? After all, your work is essentially a long list of scenes, so if your individual scenes have something missing, how will your finished product be any different?

There’s one small problem. Writing a noteworthy scene is incredibly difficult. If you pull someone off the street and ask them to write a scene that will grab a reader’s attention, I’m betting they won’t be able to.

Storytelling is a craft and like any craft, it takes time to nurture.

If you’re sending stacks of manuscripts to agents or screenplays to production companies and they’re just not getting back to you, I’m going to hazard a guess and say you’re probably making the same mistakes over and over again, and until you fix it, the cycle of failure will never change.

Like anything in writing, I can’t give you a magic formula that will allow you to go and create amazing scenes at will. If I could, I’d be a millionaire already. However, what I can do is tell you the 7 things I do when analysing my own work, and hopefully this will help you create something truly memorable.

The whole reason this scene exists is because somebody wants something. If they don’t, we don’t need to see it, so replace what you were going to write with something more relevant.

It’s important to remember that the more somebody wants or needs something, and the harder it is for them to achieve, the more entertaining it will be for your audience.

A sure-fire sign of an amateur writer is when characters appear in a scene for no good reason at all.

When mapping out your scenes, ask yourself why each character is there and if you don’t have a good answer, lose them.

3. Where does the scene take place?

Readers and viewers love irony and new writers usually always let themselves down by constantly setting scenes in stereotypical or obvious places.

Understand that putting your characters in unique locations often breathes a kind of life into them that is hard to achieve through dialogue alone.

A great example is in the film When Harry Met Sally. Harry is a broken man, but as he explains the details of a painful break-up to his best friend, they continue to participate in a Mexican wave at a ball game.

Now imagine this scene with the two of them sat in his lounge. It’s very unlikely I’d be referencing it now if the writer took the easy way out.

4. How does the story evolve?

It’s absolutely imperative that by the end of each scene, something has developed.

Whether a detective finds a clue, a lover uncovers their partner’s deceit, a hero shows us a hidden weakness or you treat us to a surprising revelation that we just didn’t see coming, we need to know more than we did when the scene started.

Understand that I’m not saying you constantly have to wow your audience. For example, twists are great, but they’re more powerful when used sparingly. Simply make sure the audience learns something new.

This is what story is. The unfolding of a series of facts told in an entertaining way.

A good tip is to read your favourite book or screenplay and study its pace. You can then use these lessons to get the pace of your own work right, making sure each scene is in there for a reason.

As a rule, you should always start a scene late and leave it early.

For example, if your hero wakes up, has a healthy breakfast, goes for a run, has a shower and then receives a life-changing phone call, start with the ringing phone, because in terms of story, the rest is irrelevant.

Likewise, once the news has landed, we don’t need to hear small talk or goodbyes. Simply cut the scene and take us to the next exciting incident, again starting late and leaving early.

Keep this up and your story will be gripping. However, leave the flabbly text and dialogue either side of the important action and your reader won’t get past the first 10-pages. I can almost guarantee it!

6. Does the scene have what it takes?

Re-read your scene. Read it aloud if it helps – and it often does.

Test it enough to make sure it ticks all the boxes… and be critical! Once your work is out there, other people will be cynical and with no regard for your feelings whatsoever, so make sure you’re hard on yourself.

If you’re satisfied it works, great! If not, either cut it or re-work it because if it doesn’t work on the page, it won’t magically fix itself.

There is an old saying that goes “Behind every great film is an even better screenplay,” and it’s absolutely true.

Make your work as strong as possible before shipping it out, because from the moment it leaves your hands, it cannot get any better.

7. Does your scene provide solid foundations?

Once the scene is done, keep going until you have something that resembles a first draft.

I tend not to put too much pressure on the finer details of a scene until later drafts because only once a complete story is roughly in place do I work on fleshing out the characters dialogue, etc.

Why do I do this? Because if I write a great exchange between two characters that doesn’t really fit with the story, I will then try and justify its inclusion in the final piece because it is well written. This makes your lose your objectivity and you should never add a scene that doesn’t serve the story. Instead, I try to make sure the dynamics are right before I allow myself to invest in the writing emotionally.

Always remember that your scenes are the foundation of your home, and if they are anything less than stable, the easiest time to fix them is before you build on it.

The great news is, whatever you’re writing is sure to contain many scenes, so by the time you’re finished you will have had a whole lot of practice in constructing the perfect scene.

*Article image courtesy of Emmanuel Huybrechts via the following license on Flickr.