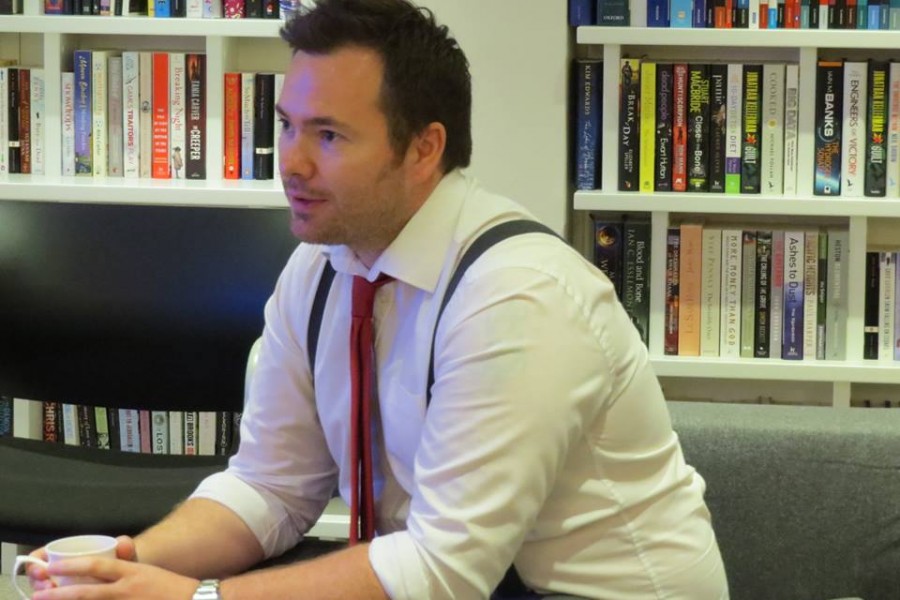 The Importance of Charity

An interview with author, Jody Medland

Jody, you’re gearing up for the release of your first ever paperback novel. How are preparations going?

Incredibly well, thank you. Unnervingly so! Never have I been so busy. We’re running an IndieGogo campaign that will be live right up until the first day of the book’s release so it’s hectic, draining and rewarding all at the same time. I feel like we’ve got things under control though, so that’s the main thing.

What does running an IndieGogo campaign involve?

It involves talking to people all the time. And I mean all the time! Right now my day involves waking up at six-thirty, heading into the day job and checking any messages I might have received the night before, replying to them, logging the details of the people who have pledged, using any spare time I have to call people or send them an e-mail or a social media message, researching how best to put the campaign out to a wider audience, going home, creating press releases, liaising with people about the logistics of some book-signing events we have coming up, doing more plugging on social media and then finally recording all the thank you videos to the people who pledged over the previous 24-hours. I usually fall asleep between 4-5am, drooling over my laptop whilst uploading the thank you videos to Youtube. Then the alarm goes off and I do it all over again! It’s a slog, and it’s definitely the less glamorous side of publishing… but I absolutely love it! If I didn’t, I don’t think I’d be able to keep going.

Why did you choose to run the campaign right before the book launch?

In my mind, it was the only way to do it. I knew that with all the things we had to do before launch – lock down designs, confirm prints, generate publicity, gain interest, raise money, etc – this would be a really good time to document what was happening. I think for people considering the self-publishing route, they will find our campaign quite informative because by the time the book is out, we will have highlighted certain parts of the decision-making process that might not have occurred to first time writers. As a company, we want to produce quality work, but we also aim to be educational in everything we do, so IndieGogo just felt like a great way to tick a lot of boxes and also raise the profile of the company.

You are donating 5% of the opening week’s book sales to Barnardo’s. That includes people who pledge on IndieGogo, right?

Of course! When somebody supports our campaign they are essentially pre-ordering the book, and as the book will be dispatched on the day of its release, it will count towards our donation. It’s only right we do it that way and I’d love to raise as much money for Barnardos as possible. I’m sure when we hand the cheque over, everybody who pledged will feel good about themselves. At least they should. They deserve to!

How did the partnership with Barnardo’s come about?

I’ve admired them as a charity for years. I have a 10-year-old daughter and when you’re a parent it’s incredibly troublesome to imagine children being surrounded by anything but love. That Barnardo’s do such important work deserves to be acknowledged and supported wherever possible and because our book deals with the theme of child abuse, it felt like a nice fit. I contacted Lucy Clements who is their Community Fundraising Volunteer Manager and she was incredibly keen to help publicise our work. It’s a mutually beneficial partnership for us both, and like I said before, it allows people who buy The Moors to know they have also contributed to a great cause.

You’ve said that charitable donations are something you’re keen to maintain within the company. What is your thinking behind that?

I wouldn’t say it required much thinking. Reputable charities are vital to our society. As people, if we can help then I believe we always should. The problem is that most people can help but they don’t necessarily realise it. If everybody made just a little donation in the right place then those in need could thrive. It’s exactly the same principal as crowd funding and so as we’re asking people for money to help market our book, I feel we have a duty to give something back.

How will you select the charities that Pen Works Media donate to in the future?

It will always be led by the theme of our work. We will look for the charity that best matches our latest book and that will be the one we donate to. With this in mind, I’m very keen to build my contacts of people associated with charitable groups, so if anybody wants to approach me or contact me online, I’d welcome that with open arms.

What is your vision for the future?

I wholeheartedly believe that Pen Works Media can become a major publishing house. It’s just a case of continuing to learn about the industry and our readers the way we have since 2011. Imagine a world where we are releasing regular bestselling novels, raising the profile of the greatest new authors and also donating large sums of money to the people who most need it. That’s my vision, and I feel we’re well on the way to making it happen.

We would like to thank Jody very much for his time and wish him continued success with his, and our, first paperback release!