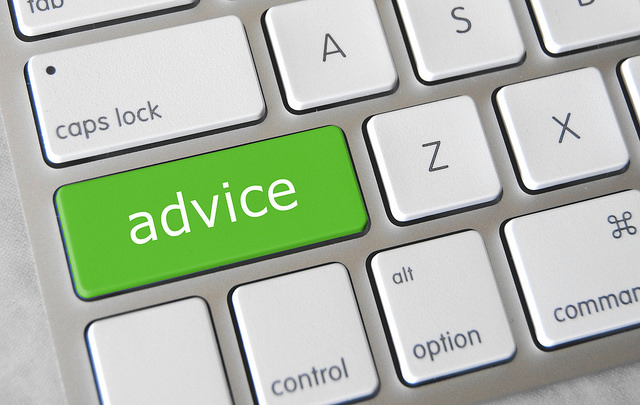 What advice would I give to new writers?

Of all the questions I receive, this has got to be the most common and so I thought I’d write an article I can usher people towards in the future.

In reality, I think most people who ask me this aren’t actually “new” writers at all. They’re usually people who have been writing in some capacity for 3-5 years. I know this because new writers don’t think about asking for advice. It doesn’t occur to them. Instead, they write in blissful ignorance, believing their work will be snapped up by a publisher the moment it’s finished and embraced by the world over.

It’s only once a person has tried to get interest in their finished work or sell it to a seemly disinterested public that they begin to view themselves as “amateurs” and think about the bigger picture, such as how to attack their marketing.

Don’t feel bad. I too went through this experience and insist that only the Mozart of literature could get things right on their first attempt.

Let me assure you that you’re not an amateur. Writing is hard. Very hard. And it takes a great deal of time to master it. The fact you’ve learnt how to write in a bubble is probably a good thing, because if you’d known how much other stuff you’d need to learn, you’d probably have given up long ago… but you didn’t. You’re here, trying to succeed in what I believe is the most beautiful and competitive industry in the world.

However, this is where a very clear realisation sinks in.

After 5-years in most jobs, you can get yourself into a pretty masterful position. With writing, you’re probably only half way there. This means that by the time you finish learning the craft – although learning never really stops – you could have become a doctor.

Writing is a highly skilled profession and if you want to do it as anything other than a hobby, it needs to be taken seriously. It amazes me how many people overlook this.

Now onto the bit where I give advice, which with a title like What advice would I give to new writers? is probably why you came here.

As I stated in a recent Q&A, I believe that every aspiring writer should have a mentor. I understand that some writers lack the confidence to see this through and so I try to let Pen Works Media offer an alternative solution. I’ve been where you are now, for many years, so a core purpose of this company was always to educate. However, the most beneficial thing in the long run is to find a person that can give you dedicated time and attention, so get looking!

When I suggest this to most writers, their reaction is akin to having swallowed a touch of poison.

Perhaps. But whatever it is, you shouldn’t disregard writers’ groups so quickly.

The truth is, you need to learn not to be so protective over your work. You must become comfortable with discussing your ideas and accept criticism. You must also learn how to criticise objectively; to set deadlines; to meet deadlines.

By joining a writer’s group, you will learn all of the above, and that will prepare you for “real world” meetings and interviews, which are both massively important in the life of a successful writer.

I’ll be honest with you. I joined a writers’ group, which I was part of for 3-years, and I eventually outgrew it. In the end, I felt the group held me back by taking a lot of time and energy for very little gain, but reaching that point is a good thing. It means you have grown to the next level, and that can only happen by learning all the lessons I mentioned above.

This, I believe, is absolutely key.

Don’t bemoan the industry and its people for not noticing your blinding talent. That’s weak, and you’re better than that.

All around the world are two types of writers: working writers and bitter writers.

The working writers are working for a reason. They understand there is a system in place, they learn how it works and they abide by its rules.

Any writer worth their salt realises that if they have the right attitude, guidelines actually make their job easier. They embrace it and they challenge themselves to be creative within any circumstance.

If you write an episode of Eastenders, for example, you’ll be told what you’re A-story is, what your B-story is, what characters you need to use, what locations you need to use (to a certain extent) and experts will even check over any technical aspects of your writing just in case you’ve got anything wrong.

Sounds suffocating, doesn’t it? But those writers who learn how to do it well can earn between £12-18,000 per episode, freeing up a whole lot of time for their creative projects.

If you want to work for TV, work the system. If you want to write books, find a writer who matches your style and study how they did it. How do they take that work, which is similar to yours, and get it into the hands of millions of readers?

There is no magic formula for success, but if you challenge yourself to do everything I’ve mentioned above, you’ll give yourself a fighting chance.