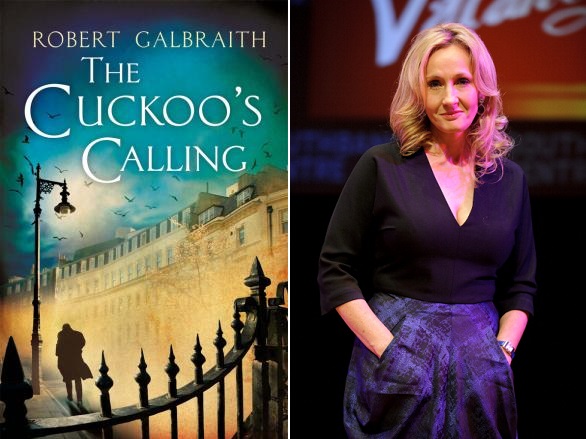 What use is a pseudonym name to a writer?

pseudonym: a fictitious name, especially one used by an author

If you know me, or read my blog, you’ll be fully aware of how passionately I believe in character development and story structure. I feel they are both integral to the creation of a great story, and it can take a lot of time and effort to write a book or a screenplay in what I consider to be the right way.

If you agree with me and you’ve spent months or years of your life getting a particular project just right, why on earth would you not want to take the credit for it in the end?

From the outset, the notion of refusing credit might seem a little absurd to a new writer, but believe me, there are many instances when opting for a pseudonym name is by far your best option.

In order to shed light on an area that is rarely, in my experience, spoken about, take a look at the following points to see if any of them might apply to you.

Before I go into the more intricate details of “why” you might not want to take credit, let me first clarify that not only are you legally entitled to receive credit for anything you have worked on, you are also legally entitled not to. Many writers are so keen to get where they want to be in their career that they’ll write anything for anyone, but in my experience, not having a business brain often leads to more harm than good. You should never write for someone without having a signed agreement – ever. And within that agreement should be a clause stating your right not to take credit and/or select a suitable pseudonym name in place of your own name should you decide that’s what’s best for you.

2. The finished product is terrible

Most writers I know have had an experience where they’ve entered a job with a friend, or somebody whose previous work they keenly admire, only for the finished version of this particular project to be a real train wreck. As there is no magical formula to guarantee a successful book or film, there can never be a guarantee that it will end up good, or even credible, and do you really want to be associated with a PR disaster for the rest of your career? Whether you are collaborating on a book or writing a screenplay, make sure you have the above clause in an agreement, and if you’re unhappy with the final product, action it!

3. The work is in a different genre

It’s difficult at first to understand this one, but it’s particularly tough to establish yourself as a writer if you continually switch genres. Also, once you have an ardent fan base, releasing work that is wildly different to what made them your fans in the first place can leave them perplexed and threaten the bond you’ve created. Fans, however, are much more forgiving if you write different genres under different names because it leaves them always knowing what to expect. Iain Banks (aka Iain M. Banks) and J. K. Rowling (aka Robert Galbraith) are great examples of this. Always try to remember that in marketing, which is just as essential as your actual writing, clarity is key.

4. You don’t want the readers to be biased

Maybe you’ve written a love story through the eyes of an elderly female hero, but in reality you’re a 22-year-old man. Your work may be great but – rightly or wrongly – can lack credibility if you don’t personally “fit the mould.” Therefore, writing under a female pen name might prove to be a wise tactical move. Alternatively, maybe you wish to submit your work to an agency where, for some reason, there is a reader that you feel has a vendetta against you. What better way to eliminate that fear than by submitting it under a different name? It is a tried and tested way of allowing your readers to view your work with minimal prejudice.

There are instances – and I’ve been in this situation myself – where you might accept a writing assignment because it will finally get you that elusive credit on IMDB. However, maybe the content of the work is simply not something you ever wish to pursue again. If you know that categorically, then having that work attached to your name can be quite scarring in the long run. However, when you speak to the people that matter, such as agents and production companies, you will still be able to point to the credit and tell them it’s your pseudonym. If anything, you’ll earn more respect by showing you’re serious about your trade, and they generally won’t judge you on the quality of the work that earned you the credit.

If your story is based on something true, there are instances when you might feel a message needs to get “out there,” but genuinely fear for your safety. Though it’s a far-fetched scenario, it does happen, and writing under a different name does allow you to distance yourself from the work to some degree.

7. You wish to establish a fictional character

In the interest of making this blog as all-encompassing as possible, I would like to raise the possibility that somebody might want to create a series of work based on a fictional character, but write it in the style of a first-person memoir. If this is the case, then I would choose to write it under the name of the character – rather than myself – but list it as a work of fiction. This tells the reader that the story isn’t real, yet allows the work to read as though it is. For me, in this instance, writing such a story under your own name would take away some of the magic.

The purpose of this blog is to make it really clear to writers that, as the creator of a piece of work, you really do hold all the cards. Many people will try to talk to you as if you don’t, but they are either badly misguided or they’re simply trying to pull the wool over your eyes.

The reason I always tell writers to insist on written agreements is because it allows all scenarios to be covered before they happen. That means that everybody knows where they stand from the very beginning, and also clarifies exactly what’s expected of those involved. If somebody wants to work with me but won’t sign an agreement, I turn the work down because it’s unprofessional and, in my opinion, completely disrespectful to ask a writer to apply their trade without such a document in place.

If you found this blog helpful, give it a like and a share. Also, if you can think of any scenarios I haven’t covered, or should you have any questions, I’d love to hear from you. Just write in the comments box below.

Jody runs a series of seminars, all of which help aspiring writers understand their entitlements, along with what they should and shouldn’t expect when working on particular projects.