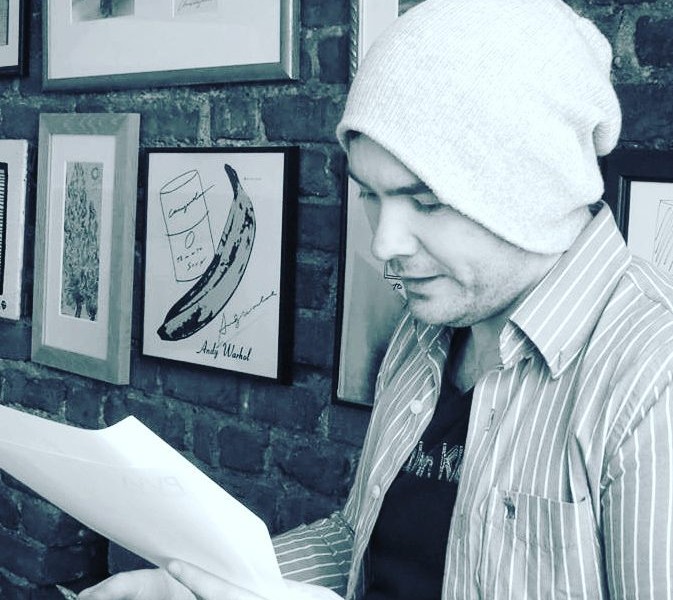 Interview with Jody Medland – The Moors

PWM: What made you write The Moors?

JODY: It’s a tough question to answer because it’s one of the very first things I wrote, and why does anyone work on that first project? I was studying at the time. I adored films, but the film studies course I was on was incredibly limited and with too much theory for my liking – so I wrote The Moors as a screenplay.

The book started as a screenplay?

Yes, it did. I was watching a lot of classic horror at the time and, in my opinion, the 70’s was the golden era of horror. The original Texas Chainsaw Massacre and The Wicker Man are just terrifying. Very few modern horrors come close to them. It’s no coincidence that The Moors is set in 1972.

How do you feel it reads as a screenplay?

Incredibly well. I think I can say that objectively, because I’ve read hundreds of scripts over the years and I honestly believe this is up there. It’s the kind of horror I feel the UK is waiting for. I’ve always felt that, and I’m confident the day will come when the film version will be realised. When I first moved to London, I had quite a few offers for the screenplay, but I was adamant I wanted to direct it. If I found the right director now though, I’d collaborate for sure. 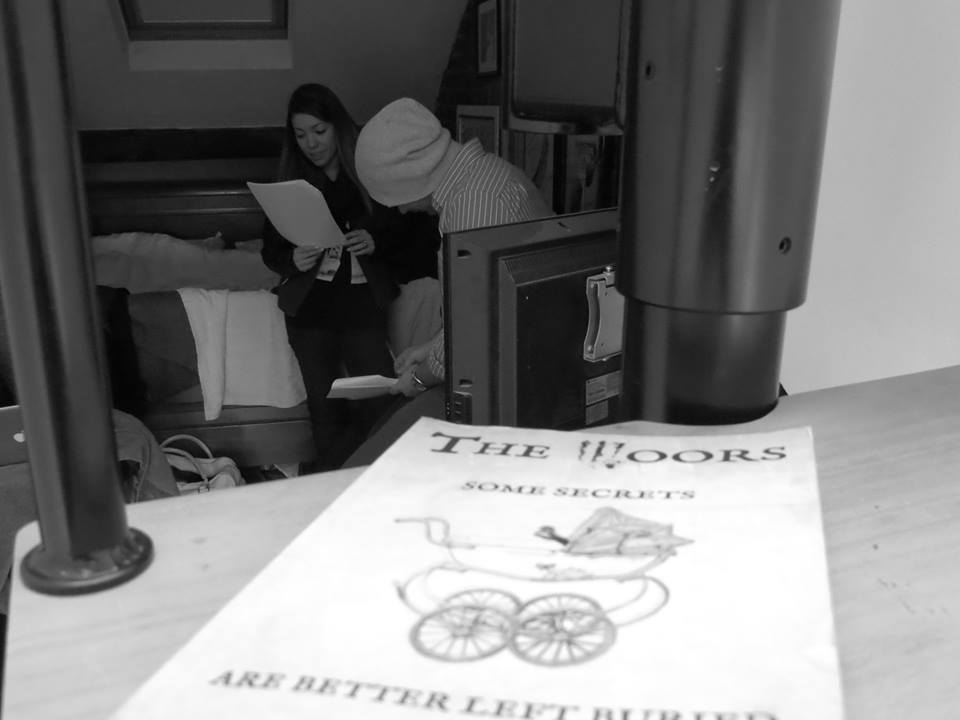 Is it true that your story was partly inspired whilst delivering a bouncy castle?

It is! Delivering bouncy castles was a summer job I had just before I moved to London and I visited this one house in the middle of Exmoor. It was huge, and when the sun was out it was completely idyllic. When I returned at night though, the atmosphere there was very different and there were many drunken redneck-types that I inexplicably felt might turn on me. Ha! As I said, I was watching a lot of horror at the time, and at that moment I felt like Edward Woodward in The Wicker Man. The situation definitely got my imagination going.

So horror is a big thing for you?

You know, not really. In fact, I often describe The Moors as a Mystery / Suspense / Thriller because I don’t like the stigma of what horror has become. Cheap slasher movies have tainted the whole genre. In fact, the only horror I’ve seen in the past year that made an impression on me was It Follows, and funnily enough, that also had that late 70’s / early 80’s feel. In terms of literature, I think horror can be amazing. I consider Dracula to be a gothic horror novel, and I was blown away the first time I read it. It’s just a shame it’s viewed – quite wrongly – as an “easy” genre, because it encourages a lot of people to saturate it. I can’t escape the fact that The Moors has definite elements of a horror in it, though.

Was the story also a product of your surroundings, being as you grew up in Devon?

Completely! And it’s the funniest thing. I spent my entire youth desperate to leave Devon because I felt I was destined to be in a city. Recently though, I’ve started to understand just how mystical Devon’s heritage is, and I can’t deny it has shaped me. 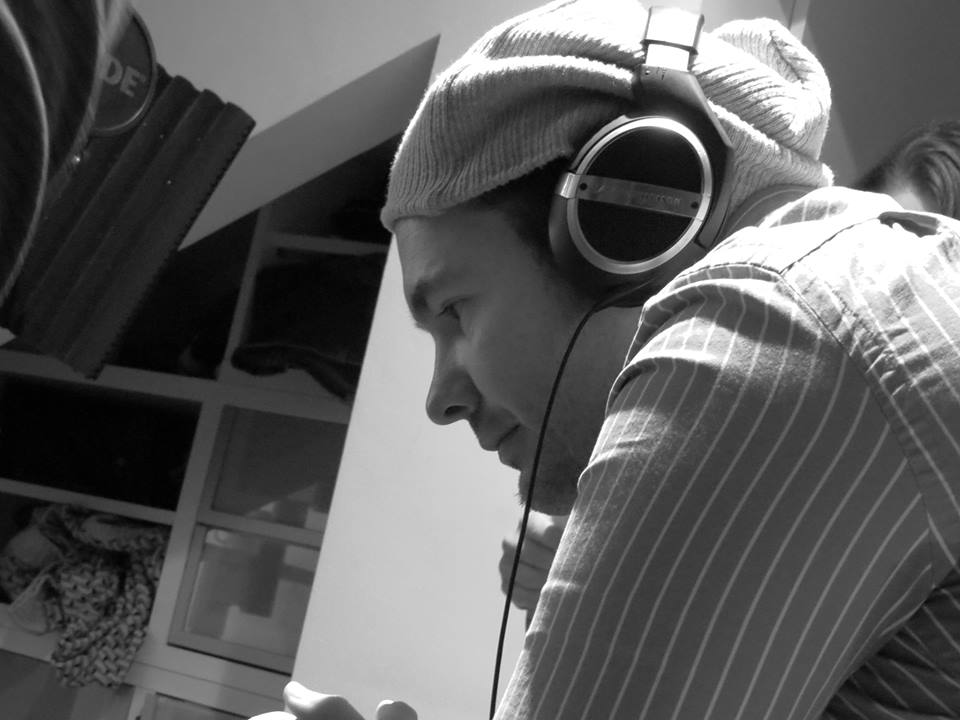 So what was it like adapting it from a screenplay to a novel? It sounds a little unorthodox.

It is, but it was kind of fun. The thing about writing a script is you rewrite it and rewrite it, editing out all the stuff that’s not necessary, so when you use that as the starting point for your novel, it feels like you’re incredibly well prepared. I read an interview the other day where a writer said he always starts his novels by writing them as a screenplay first. I don’t know if I’d ever plan to do that, but it did make an interesting change.

The book’s getting a lot of great comments online. How does that make you feel?

Over the moon. Truly. I’m always so grateful when people part with their money to buy my book, and then take the time to actually read it. For them to then go that step further and tell other people about it is amazing to me. I remember when I was a young film student and I, for some reason, developed this chip on my shoulder about “all the sellouts” who were making “commercial” projects. I was hell-bent on making radical films for nobody but myself, and if people didn’t like it, they could go to hell. I was an idiot, and when I meet youngsters like this now, I literally shake them and tell them to stop being so stupid! Making art is wonderful, but connecting with others who enjoy your art is something very special.

There’s a pretty common question that arises from everyone who reads The Moors – when will we see the sequel?

Ha! Yeah. I’m yet to meet a person who’s read the book and hasn’t blurted that straight out – even before they say hello! I have a friend who always pulls me aside and says things like, “Six months ago, you said that such and such was your dream, and now you’re living it.” I really appreciate him doing that because sometimes, when you’re so busy, it’s hard to realise you’re achieving what you set out to do. I always said that I couldn’t wait for the day when people were aware of my work and demanded more. Now, that’s actually happened, and so I have to enjoy it. As soon as the time’s right, the sequel will be written. I can assure you of that. 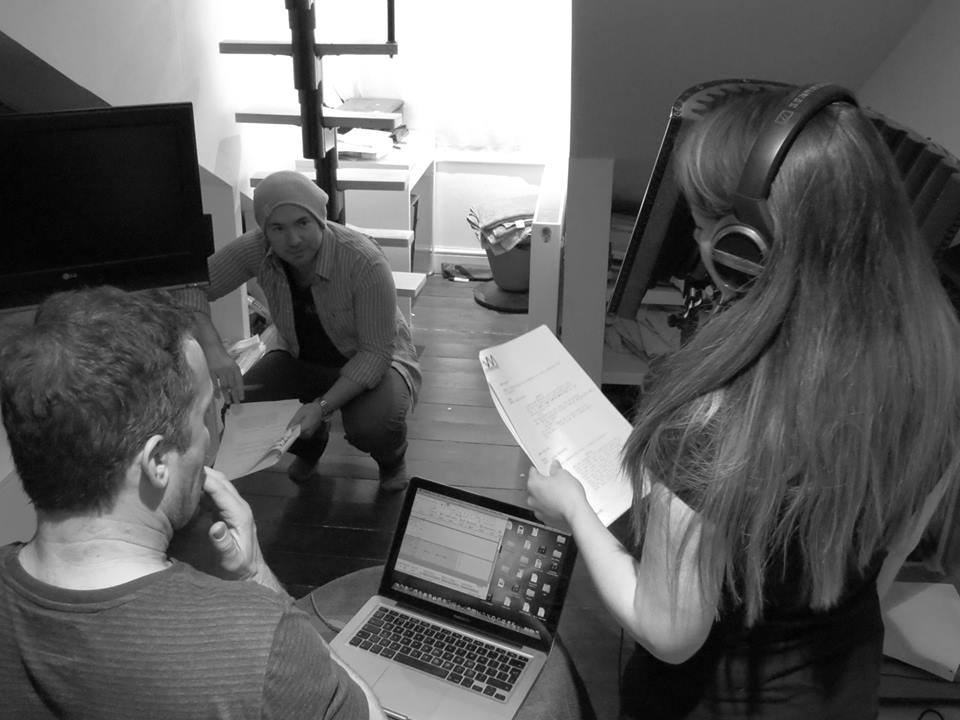 As we know you’re such a goal orientated person, what can we expect to see next?

My greatest surprise is that I find myself at the head of Pen Works Media! Subsequently, it’s not just my own work I’m excited about any more. This year alone we’ll be publishing 3-5 first time authors, and that gives me a major thrill. To have been one of the first people on the planet to read Dragon Speaker, for example – and to be privileged enough to collaborate with the author and see it progress – is really a thing of beauty. You’re going to see a lot of diverse titles being released through the company over the next few years, so all I’ll say is that people should join our newsletter and stay tuned, because there’ll be something for everyone.

We were delighted to sit down with the company director and get an insight into the creation of The Moors, but of course, we have to say that! If you also enjoyed the article, why not share it with a friend, or send us your comments below.