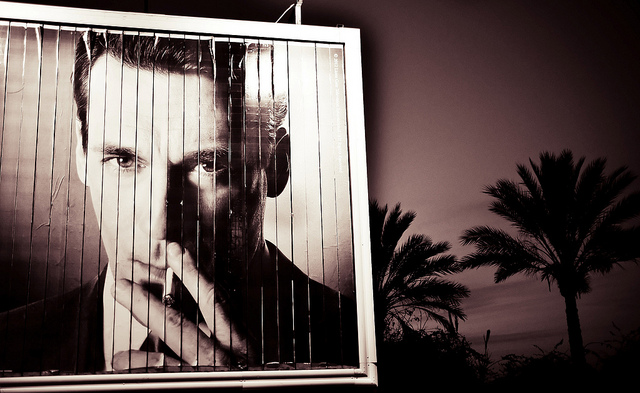 Why copywriting is the coolest job ever… and how to get into it!

When we copywriters sit in an interview, we all know it’s a matter of time before we’re hit with the loaded question: “So what made you want to become a copywriter?”

Internally, I’ve wrestled with this question for many years. It is my strong belief that nobody actually wants to be a copywriter. It’s just not a profession our younger selves would think to dream of or aspire to.

When I say this, I mean no offence – particularly to those stellar wordsmiths who have climbed the ladder to be Senior Copywriters for giant companies. Your accomplishments are vast and your abilities greatly respected, but come on. Copywriting is something you don’t even know exists until you accidentally fall into it.

You see, the one thing I’ve always been able to do is write. If I were a religious man, I’d say it was my God-given gift. Even from a young age I wrote plays, books, scripts, stories, songs, poems – the whole shebang.

You want to know what really sucked, though? Through sheer practice and endeavour I was becoming awesome at this thing called writing, yet my work was seen by hardly anyone. I had become a master of my art yet I was flat broke, to the point I even flirted with homelessness. In fact, I didn’t just flirt with it, I kissed it, and probably would have taken it home if I had one.

This became my reality despite the relative support of a fairly large family, despite having dozens of good friends, despite having worked – successfully, I might add – across the advertising, commercial, corporate, education, film, gaming and literary industries.

I don’t say these things because I wish to gloat. Although I have won a handful of awards, so in-your-face to anyone who doubted my ability! No, the reason I say this is because generally, by the time you discover copywriting, you have worked across so many fields and fixed such a vast array of problems through words that you have inadvertently served something of an apprenticeship in copywriting.

If we’re being real, the only period of time in history when the general public kind of knew what a copywriter did, and therefore might have considered it as a career, was when Mad Men hit our screens. Ironic that it took a writer’s show, which had been turned down by just about every major Distributor and Production Company in America, to shed light on an industry that’s rife with rejection.

Anywaaaaaaaay, I feel it’s important for employers to know that if your copywriter stumbles when you ask them this question, it shouldn’t act as a red flag. The chances of the copywriter you hire today being with you in five years’ time is remarkably slim, but don’t fear it. Embrace it! Also, if they have writing projects going on outside of work, don’t discourage it. You’re hiring a go-getter, and in a job like this, that’s a wonderful thing.

So, if any writers out there are considering making a living as a copywriter while they develop their own creative career, here are my top five tips on how to get started:

Unless you can point to your writing experience, you will not be awarded a writing job. Don’t be deflated. Instead, if you go to your nephew’s play, write a review. If you see a great movie, write a captivating blog enticing debate. If you stay in a nice hotel, write an article and take some nice photos (which you can later get paid for by offering to the manager of the venue). Everything you write is experience, so you can flesh out a portfolio in no time.

Write a kickass CV and a 1-page cover letter. This is your first major task as a copywriter because if you can’t sell yourself when you need a job, how on earth do you expect to sell a £60,000 conservatory to a cautious public through inspirational writing? Treat this as a Jedi mind test and if you don’t feel ready grasshoppa, come back later! Get these two documents right though and by the time you register them on a few career sites, of which there are hundreds, you’ll be fighting off meeting requests with your light saber.

Let me tell you, there are thousands of copywriting jobs out there. Think I’m joking? Go take a look. My advice is not to be so desperate that you forget the things that are of interest to you. Honestly, you can afford to be picky, so only loom for roles that appeal to you and then line them up with your talents.

You cannot write for a living, in any capacity, without experiencing large amounts of rejection. It’s a fact, and the most resourceful writers are often the ones who have suffered disappointment the most. Follow my mantra – rejection is education – and instead of getting angry or upset, find out what let you down, tweak it and apply again. Every application brings you closer to your eventual employer. It really is that simple.

Do you want to know the truth? I can tell you within one paragraph of your writing whether or not you’re committed to copywriting and whether you researched the client before you sent them your application. Bear in mind that I’m a fellow writer and so I like you. I want you to succeed. The people interviewing you however won’t necessarily feel that way. If they feel you are cocky, pretentious, arrogant or lazy, I’d be very surprised if they interviewed you, let alone offered you a job. Respect works two ways, so be open and work hard to make it clear how your experiences and craftsmanship can help them. In fact, even though it’s an interview from an actor about his trade, I always find this short interview with Bryan Cranston particularly useful when preparing for an interview.

Jody, wait! You said that copywriting was the coolest job ever. Tell us more about that.

Well grasshoppa, I really don’t need to because when you land your own job and you get to solve problems for countless people working for a great company every day, you will stride around like superman (or superwoman), not just within your office but on the streets among mere mortals. You’ll also be able to write blogs about your experiences, referencing movies and superheroes and making the next generation of copywriters smile – all the while making money that enables you to support your own creative career.

I get to be superman, Obi-Wan Kenobi, Don Draper and, most importantly, Jody Medland, so why is copywriting cool? I suggest you read this article again…

Whilst working as a Senior Copywriter at Everest, Jody ran his own independent publishing company and released his first paperback novel this summer. The Moors is now available to buy at all good book stores throughout the UK and can be downloaded at Amazon.

Alternatively, the IndieGogo campaign for The Moors is running indefinitely, so if you’d like to receive the rewards on offer, you can purchase the book that way.

*Article image courtesy of amira_a under the following license on Flickr.