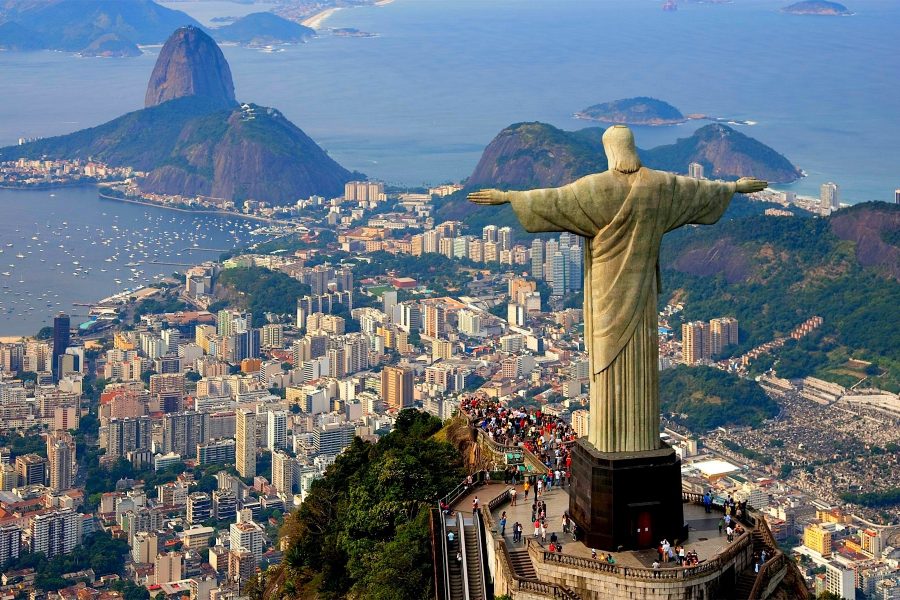 How the Olympics is Dividing Brazil

The closer we get to the Olympic Games in Rio de Janeiro, the more excited the world becomes – and rightly so. It’s undoubtedly the greatest sporting spectacle on earth and it therefore never fails to provide unparalleled entertainment, but with less than two months before the opening ceremony, some say there couldn’t be a worse time for Brazil to play hosts.

The amount of money that goes into an Olympic bid is eye-watering, and the winners then need to find the cash to build state-of-the-art stadiums and ensure the signing off of endless red-tape, proving that masses of athletes and spectators can be kept safe, and it’s safety that will be the number one concern for the Brazilian authorities.

At present, European spectators are bonded in disgust as organised gangs and hooligans continue to fight on the streets of France at Euro 2016. However, this is nothing compared to what might face us when tourists take to Brazil in their droves.

Law officials have been battling a crime wave in Rio for some months, with murders up 15% compared to last year, and street robberies increasing by 24%. This is largely being blamed on the worst recession that Brazil has had since the 1930s, but with an increased number of tourists likely to tempt local criminals into further activity, there is growing anxiety about what might happen.

Although the Brazilian government will claim a solid Olympics will boost tourism all over the country and therefore gain significant funds to help turn the recession around, that’s a pretty thin argument when hundreds of millions were spent to win the bid in the first place. Also, the promise of 85,000 troops and police comes as little consolation when Brazil’s own citizens say the police and politicians are the people they trust least in the whole country.

With President Dilma Rousseff facing trial due to allegations of diverting money from banks to hide holes in the country’s budget, it’s not difficult to see why the people are questioning their leaders. There are also countless accusations of corruption against those who pass laws in the country, causing passionate and often violent protests from citizens all over Brazil.

Frankly, logic would suggest that allowing so many people to travel into an already hostile part of the world is nothing short of irresponsible. Athletes have also expressed concerns about the mosquito-borne “Zika” virus may affect their wellbeing, with all tourists – particularly mothers and children – also at risk.

At a distance, when the elaborate opening ceremony begins and the crowds cheer on the most famous athletes in the world, Brazil will undoubtedly look bright and glamorous. I don’t doubt that parts of the country are truly beautiful, but having endured a manuscript that broke my heart and altered my view on the world we live in, I’ve become all too aware of Brazil’s “other side.”

Street Girl was written by Rozana McGrattan, who grew up on the streets of Brazil. By the time I had finished her novel, I was deeply affected by the corruption, poverty and violence that divides not just Brazil, but every country, and it left me feeling almost ashamed to be human.

In the subsequent months, whilst editing the book and touring with Rozana, I learned that even from the darkest of events can emerge something profound; an unstoppable light that simply cannot be ignored. Rozana is an example of that, and so – I believe – is the book we’ve created.

To anybody considering a trip to Brazil, to all those interested in world affairs, and to fans of hard-hitting memoirs, I implore you to read Street Girl. It just won’t do to allow corrupt governments to spend money on making their country look good when their own people are in such turmoil. Instead there needs to be balance, and the strength of literature is that it educates us more than any agenda-ridden politician ever can.

I know that anybody who reads Street Girl will have a very strong opinion on it, and we’re always eager to hear from you if you have. I for one am looking forward to the Olympics, as I always do with such landmark events – but although I hope any travellers don’t get to see the side of Brazil Rozana knows so well, I do hope they are able to at least acknowledge it exists.