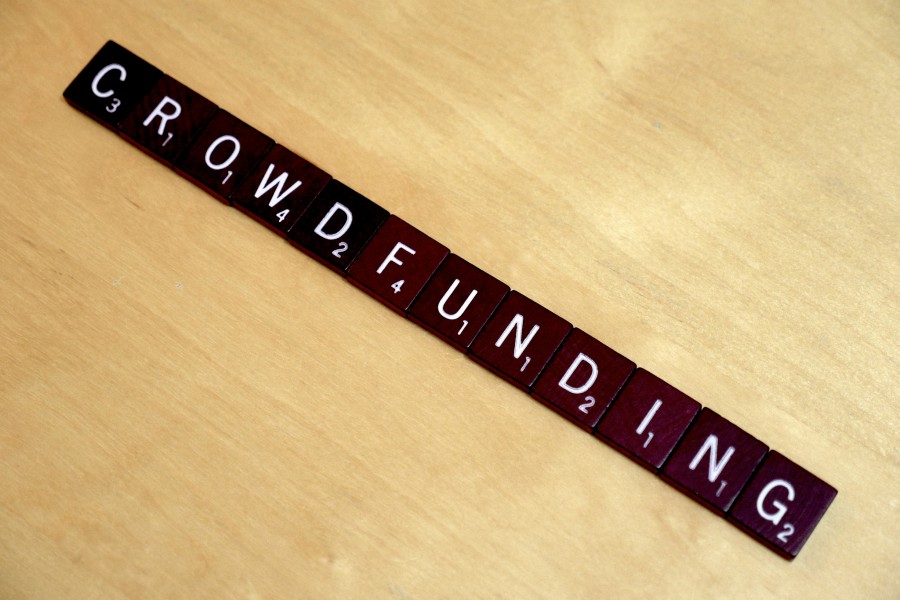 How to run a successful crowdfunding campaign

So for me, 15th July 2015 was a really special day. Not only was my first paperback novel released but it was also when my first successful crowdfunding campaign drew to a close. I spent the whole afternoon in a bubble of exhaustion and warm satisfaction, but there wasn’t really much time to absorb the fact the past year’s work had been realised and the book was now available for people to buy.

As the days and weeks rolled on, I continued to receive messages from people congratulating me and also asking what the secret was to running as successful crowdfunding campaign by those who have tried and failed.

Not for a moment do I consider myself to be a crowdfunding guru, but as the requests for help piled up I felt the least I could do was post something that might help other entrepreneurs pave their own road to crowdfunding glory.

1. Make sure you have a noteworthy project

Sounds so simple, doesn’t it, but so many people start off thinking that crowdfunding is a way to tap into “easy money.” If you’re sat there thinking All my family and friends will contribute and then that shit will go viral, I have only one thing to say.

The reality is that half of your family don’t know how to purchase things online, you will sense a cold chill from friends that you risk spamming and 99% of strangers will never even get to see your page… unless it’s a super cool project, then anything can happen.

Just remember, there are only so many ways you can ask people to pledge on your social media channels, and there are only so many times you can ask before people start blocking you from their news feeds, meaning they will no longer see your posts at all. However, if people do start pledging and talking about your project for you, the impact is far greater and the dream of “going viral” at least becomes plausible.

I must stress that this almost never happens by accident. It is only possible if the thing you are doing is in some way remarkable to those who see it.

Part of the reason I was surprised so many people asked for my advice was because my campaign was so modest. I asked for £3,000 and gave myself roughly 6-weeks to achieve it. Within that 6-weeks, I knew I had certain opportunities to tap into extra publicity via radio interviews and podcasts, allowing me to reach new listeners. If I had gone for £20,000 or even half of that figure, I would have had no chance of getting there.

How do you learn what’s a good figure? Well, for me it was trial and error. Anyone who knows me knows I’m fairly active on social media, yet my first attempt at crowdfunding was on Kickstarter and although the project was great, this was the result.

Very early in the process of fundraising for The Somerton Man, I knew that I wouldn’t make the money I’d asked for. I could just tell from the responses that I was getting and because it was an all or nothing campaign I didn’t want to put everything I had into something that just wouldn’t work out. Therefore, I stood back, analysed what I did wrong, and almost a year later I felt ready to raise half that amount. Even then, I wanted to do it via IndieGogo so I could take whatever money we made should we fall short. I knew from experience that this was something I needed to do to keep my motivation high throughout the campaign.

The takeout, I guess, is that I had already tried and tested the industry and from that experience I was able to fine-tune my approach. Crowdfunding is a complicated issue and so I’m not sure how many people get it right first time.

As a writer, I have spent almost a decade learning about story structure and it took me quite a while to realise that crowdfunding, like storytelling, followed certain patterns and trends.

What I mean by this is I downloaded studies that highlighted why people felt drawn to invest money into projects. I spoke to people who had successfully raised money and gleaned little tips. I attended seminars – most notably the IndieGogo talk at this year’s London Book Fair, where I learned a stack of information that really helped me plan how to approach the campaign.

I honestly feel that if I’d missed out even one of these elements, my campaign wouldn’t have been unsuccessful. Therefore, if you don’t intend on stepping away from your laptop and planning your campaign in detail, I think you’re likely to fail.

4. Ensure you have the man hours

If you’re serious about this, I cannot stress enough how much time your campaign requires. I have a day job, but outside of that I practically did nothing other than work on the campaign.

I contacted radio stations to see if they were keen to talk. I spoke to people on Facebook for about 3-4 hours every day. I scheduled tweets to link my project to relevant news topics. I called people I hadn’t spoken to for years and was very up-front about needing their help. I planned a book launch to help promote our IndieGogo page in an indirect way. I did little writing jobs for people and asked them to pay via an IndieGogo donation. While this was all going, I spent most evenings making thank you videos, shot by my infinitely supportive girlfriend, and was often up until 4am uploading them onto Youtube.

If you can have more people on board of your project then I would strongly recommend it, but even then, how can you ever guarantee others will put in the hours that are needed?

I literally did nothing else and so relationships have to take a backseat for the duration of your project. Not everybody is happy to commit to that and I’m sure these are the people who don’t get their money.

On the plus side, I ended up re-connecting with lots of people I had lost touch with and I also met a whole bunch of new people that I hold in high regard, so the benefits were significant.

5. Treat your audience with respect

Whether you’re looking for people to fund you because they want to help a go-getter or whether most people that pledge will be consumers who will own your product, people are incredibly savvy these days. Online shoppers – and that includes crowdfunders – can see straight through people who are out of their depth and have little hope of achieving their goals. There is nothing more off-putting than seeing a campaign run by somebody who is overly arrogant or simply doesn’t respect the people they’re talking to. You need these people’s help, and they are happy to give it – if only you treat them right.

Make sure that the money you ask for will actually help you achieve what you need to do. Be transparent and don’t pull the wool over anybody’s eyes. If you appear to be anything but trustworthy, do you really think people will give you their hard-earned money? Not a chance. Likewise, there is nothing worse than reaching your goal and failing to deliver on your promises because it shows a complete lack of foresight. Don’t be that guy (or gal)!

7. Set mini-goals… and hit them

Depending on who you are running your campaign with, there will be little algorithms in place that will help you on your way to success, provided you hit them. For example, raising 30% of your budget within the first week will help your campaign get featured, meaning masses of new people will see it.

What did that one little piece of knowledge mean for me? Well, from day one I said to everyone I spoke to “If we can just get 30% by Friday then we’ll be featured.” This added urgency to my message, so everybody who liked the project pledged pretty quickly. By approaching my family and friends first, we got the “safe money” early and by hitting this 30% mark on time we ended up being the top trending writing project for a significant number of time, helping raise awareness among people I had never met.

Had I not known about the 30% rule, it’s likely none of this would have happened.

8. Want to be rewarded for your hard work? Give out great rewards. Derrr…

Another one that sounds ridiculously obvious, but do you know what? When I look back at the rewards I offered, I still feel I only got about half of them right. It’s a lot tougher than it sounds, and although I really enjoyed making videos for everybody who pledged, I underestimated how long it would take to upload them every night.

Since the campaign finished, I’ve had several ideas for what would have made better rewards, so really, honestly, seriously take your time to get the rewards right. It really can make the difference between failure and success.

I mentioned that successful campaigns have a certain structure, but they also have a rhythm.

When your project is new and you’re aiming for your 30% trigger, people seem happy to help; they have a reason to step forward. When the campaign has 48-hours left and you need just £600, they have an emotional reason to help you again. In the middle of your campaign, as a general rule, you could offer your internal organs for money and you still won’t be able to get any backers.

I’d read about this before we went live but at times I really felt that people had just lost interest in my project. With that, I worried their appetite would never return. Thankfully, it did – and because I had researched what people had said I was able to put my time to better use during this quiet period. I wouldn’t say I rested as such, but I came up with a strategy for when to push and when to plan, and thankfully it paid off.

10. If you don’t like rollercoasters, get off the ride

Honestly, to call crowdfunding a rollercoaster ride is a bit of an understatement. I consider myself to be a strong and grounded person, but I found my emotions and my mood being completely attached to the success of the campaign.

I had days when I worked so hard to get backers but nothing came in and, surprisingly, it made me feel frustrated and insecure. Suddenly a complete stranger would pop up and pledge £100 and I would feel elated, like Arsenal had won the FA Cup all over again.

Ha! It sounds a little odd, but it’s true.

Then, there would be days that everyone I spoke to would pledge and I’d feel unstoppable.

The emotional aspects probably make this a bit of a health hazard and so I’d never run a campaign for longer than 6-weeks, but if you are happy to take on the challenge, the rush of pulling it off and finding enough people to fund your project is incredibly hard to beat. For me, it made the dedication and the sacrifices all seem worthwhile.

The IndieGogo campaign for The Moors will run indefinitely, so if you’d like to receive the rewards on offer, you can pledge today.

Alternatively, you can order the paperback via any Waterstones store in the UK or download the book from Amazon.