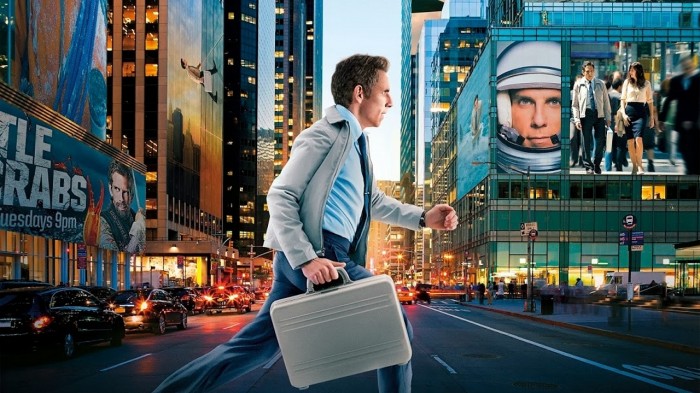 The Secret Life of Walter Mitty

People always seem fascinated when comedy actors take on a serious role. Suddenly, a whole wave of people fall silent before turning to their friends in the cinema and whispering in dismay: “He can act!”

Quite frankly, it amazes me that people such as Will Ferrell (Stranger than Fiction), Steve Carell (Dan in Real Life), Jim Carey (The Truman Show), Adam Sandler (Punch-Drunk Love) and more recently, Ben Stiller, were ever labelled as anything other than incredible actors. I get it, most of their films are quite goofy, but few things are harder to do well than comedy and with Ben Stiller being such a proven all-round filmmaker, my only surprise is that it has taken quite so long for him to generate genuine Oscar buzz.

For those of you yet to see Walter Mitty, here’s the blurb:
A day-dreamer escapes his anonymous life by disappearing into a world of fantasies filled with heroism, romance and action. When his job along with that of his co-worker are threatened, he takes action in the real world embarking on a global journey that turns into an adventure more extraordinary than anything he could have ever imagined.

From the moment this film started, it had something of a heartbreaking quality to it. There is something about living in a daydream that we can all relate to, but somehow this movie encapsulated the sadness of what it actually means to miss out on our dreams for no other reason than we don’t step forward when an opportunity arises. For this film, our dreams are represented by “Cheryl,” the beautiful, down-to-earth office worker played by the extraordinary Kristen Wiig, who puts in an incredible performance. This woman has also now proven her uber hotness across a record number of images and hairstyles within the past few years.

Skeptics will bang the old drum of predictability when criticising this film, but I always feel the people who write those reviews are totally missing the point. This is ultimately a feel-good film and so yes, of course we know what happens in the end. What matters is whether Walter’s journey makes us feel different inside. Does it inspire us to think and ultimately act differently? Will we wake up determined to let that girl know we like her or tell our boss he is an overwhelming dick? If the answer is yes, then how can that ever be a bad thing?

The Secret Life of Walter Mitty does all of this and more, and when you throw in stunning locations, superb visual effects and a spine-tingling soundtrack, I fail to see what’s not to love.

If you want to feel good just close the curtains, pull the phone off the hook and sit back to one of Ben Stiller’s finest displays.