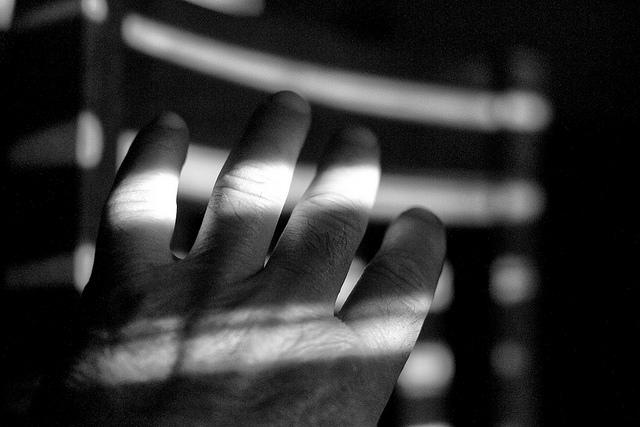 A look at the opening of Jody Medland's chilling tale

A very big hello and thank you so much for taking the time to visit this page.

As I’ve been shouting it from the rooftops I’m fairly certain you will know that my first paperback novel was released this summer. Whenever I hold a book signing I tend to read this to the attendees and they say it really helps set the tone for what they feel is an intriguing story, and so I thought it would be nice to share it with you.

BEING ABUSED AS A CHILD appeared to be the most common factor when analysing the backgrounds of rapists and serial killers, but this was something Amanda Connors never fully understood.

When she was a girl, her stepfather took liberties no adult ever should with a child. He did it not once, but on a regular basis for a period of almost three years. It was a phase of her life that certainly shaped her, but she was determined not to let such ill-treatment define her. She was tired of seeing people spend their lives blaming their problems on things that happened in the past and using them as an excuse not to create a brighter future.

Stored away somewhere in a dark corner of her mind was a series of hidden memories, buried in a place no person would think to look.

The house Amanda grew up in was somewhat pokey. Islington was full of such buildings that had families and their belongings spilling out onto their lawns, but in general the people of North London had a certain ability to carry on even when things got tough.

Bright red. That was the colour of the door at Amanda’s modest house, which always stuck in the frame as her abuser fumbled at it when drunk. A weak push, as if forgetting the door was ill-fitting, was followed by a second sturdier effort that still wasn’t enough to force the door open. There would be a momentary silence, as though he needed to study the problem, before an overtly powerful shove overcame the obstacle with ease. He would then close the door so hard that it shook the walls throughout the entire house.

At this point, Amanda would close her eyes and pretend she was asleep, a peculiar habit as it never stopped him taking what he wanted. She would lie in silence as his feet clumsily staggered up the stairs, his body landing against the wall as he continually fought for balance. She often prayed he would slip and fall back down, but he never did. She equated hearing him struggling up the stairs to feeling sick. There was nothing worse than feeling her cheeks tingle and her brow and palms grow clammy as nausea took a hold of her and she knew she was about to vomit.

On occasion, he would walk right past Amanda’s room and pester her mother, who he rarely assaulted sexually. He was violent towards her in other ways and listening to the beatings was a very different kind of helplessness. On the rare occasion he would be so completely inebriated that he would just fall onto one of their beds and pass out.

Those were the good days.

As he lingered at the top of the staircase, his shadow could be seen interrupting the soft orange glow that crept underneath Amanda’s door from the hallway. She would sometimes stare at the swaying shadow, willing it away as her heart pounded against her chest. She would always know when her luck was out. The cheap metal doorknob would squeak as he twisted it in his hand. The latch would make the noise of a winding winter as it retracted, allowing him to stumble through the doorway. The naked floorboards would creak and the unwelcome scent of smoke and ale would infiltrate her room. It was an odour that always made her grimace.

As he inched towards her bed, she would hear a series of lazy unfastening and unzipping sounds and when he was close enough, his perverted wheezy breath would rise and fall as he looked down over her body. He would run his grubby, smoky fingers through her hair, making her skin crawl and her eyes close still tighter as she attempted to reject what was happening. By the time he would clamber onto her bed – always leading with his knee and causing the springs to scream weakly, as though calling for help they knew would never come – Amanda had invariably found her “safe place”. It was this magical haven that spared her from further details of these endless encounters. The next thing she knew, she would look up to see him slumped over her, crying as he begged for forgiveness. Even at her tender age and vulnerable proximity, she found it a pathetic sight, mainly because she knew he would not have the power to keep the promises he made – neither to her or himself.

It would have been all too easy for Amanda to blame her problems on the countless nights that stole her innocence. It would have been just as easy to feel bitterness towards a youth that had been so heavily stained. However, this simply wasn’t who Amanda was.

She could not support the argument that abuse was a by-product of earlier abuse and that it was an unbreakable cycle. Instead, she condemned anybody who used such stories as some form of defence for doing wrong towards others. In her experience, the fact she had been handled so neglectfully made her more determined to treat people well. It made her more motivated to keep people – particularly children – safe, so they did not have to suffer the same misfortunes she did.

In a twisted form of logic, Amanda embraced what had happened to her. It had made her a better person, more grounded and aware.

Her stepfather died young of Crohn’s disease, an illness that had plagued him from birth and had robbed him of his younger years. Incredibly, she was able to feel pity for him and reasoned that his actions probably stemmed from not being able to experience “normal” interactions with girls during his adolescence. Did that make it right? Of course not, but at least it provided some kind of explanation for his behaviour, allowing her to put the events in a box that she could store away.

As it was, the one person Amanda was never able to forgive was her mother, who sat by and allowed the abuse to take place. Not once did she validate Amanda’s stories about what was happening and she even punished Amanda for speaking up. Now that Amanda was older, she could tell her mother knew he was guilty, yet denying the reality was simply more convenient. To Amanda, denial was the highest form of weakness and was a trait she had grown to loathe. Every time the front door closed in that house, Amanda – a young, helpless girl – knew exactly what to expect, so it simply wasn’t feasible for her mother to be lying in bed oblivious in the very next room. No. She must have been aware and could have stopped it at any moment. Instead, she turned a blind eye, and that was simply unforgivable.

After a few years of working in care, Amanda realised it was a deeply rewarding career but one that came with many limits. Therefore, she combined her desire to help those in need with her ability to write in the most beautifully expressive way. It was in her early twenties that she discovered the power of journalism. It gave her a voice with which to speak and, more importantly, a platform where people would listen. Her curious nature led her to many great stories and it wasn’t long before she had carved out a reputation as a fearless investigatory journalist. Her work was so good, in fact, that she won a position at The Times when women were considered far from equal. Her brief was to generate the type of hard-hitting material that would give the paper an edge over their competitors, and she certainly achieved that.

In the winter of 1972, whilst sitting in the editorial office, she received an anonymous phone call. Distressed, the caller sobbed down the phone saying they had been to the Prince Care Home and had witnessed something truly horrible. The call was brief but prominent and by the time the line went dead, Amanda’s research had already begun.

The Prince Care Home was based in the middle of Exmoor in North Devon and had housed both physically and mentally ill children since 1960. The property was owned and managed by one Christian Prince, who had recently started advertising for a carer. Without a second thought, Amanda applied for the job and after a successful telephone interview, she was hired.

Suddenly, Amanda felt vindicated, as though every single event that had unfolded in her life had led her to that moment for a reason and handed her a story that was surely her destiny.

As she boarded the First Great Western train from London Paddington to Tiverton Parkway, she felt as though an inexplicable force was guiding her. Its power was so great that all she could do was allow herself to follow. After all, following her instincts had always stood her in good stead before.

She looked out of the window as the large buildings of the city fell away, replaced by fields and greenery that held a different kind of beauty. The closer she came to her destination, the greater the adrenalin that rushed through her veins.

She busied herself by reading the morning papers. On every page, another horror story: a baby found dead in a bin, a wife stabbed by her husband in a jealous rage, a man beaten to death for being gay. She spared a thought for each of the victims before repeating the mantra that had seen her transform herself from an unfortunate child into a strong and powerful woman.

This will never be me.

I will not be a victim.

Suddenly, the train slowed to a gradual halt and there, outside of Amanda’s window, was a tall, rusty sign that read: Tiverton Parkway.

She had arrived, and this is where the grisly story begins.

The IndieGogo campaign for The Moors will run indefinitely, so if you’d like to receive the rewards on offer, you can pledge today.

Alternatively, you can order the paperback via any Waterstones store in the UK or download the book from Amazon.

*Article image courtesy of Alan Levine under the following license on Flickr.